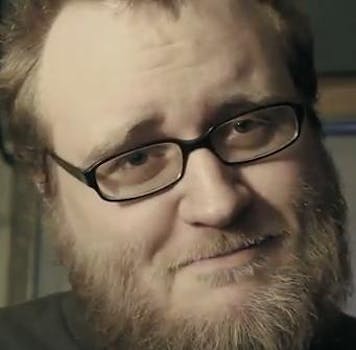 Believe in the Amazing Atheist

The Amazing Atheist talks about his celebrity on YouTube, including fringe benefits.

Terroja Kincaid, who goes by “The Amazing Atheist” but has called himself “the god of the godless,” began his YouTube career in 2006.  Since then, Kincaid has racked up more than 79 million views and 240,000 subscribers on his philosophical, sometimes insulting, often self-deprecating and comedic videos.

Reddit is one of the few sites where atheists are welcome, and the r/atheism subreddit is an active section of the site with more than 160,000 subscribers. The Amazing Atheist’s  videos appear on reddit occasionally, and have even hit the front page a couple of times.

In The Amazing Atheist’s IamA thread, with more than 2000 comments, questions centered less on Kincaid’s religious beliefs (though there were a couple), and more on YouTube, his life and personality outside the show, and even his thoughts on the US prison system.

For instance, Kincaid admitted to BritishViking that YouTube fame has gotten him laid.

Other interesting questions included Kincaid’s thoughts about rap music, how many people he could take in a fight, whether or not genetically diseased people should be sterilized (he said no), and his personal hair style.