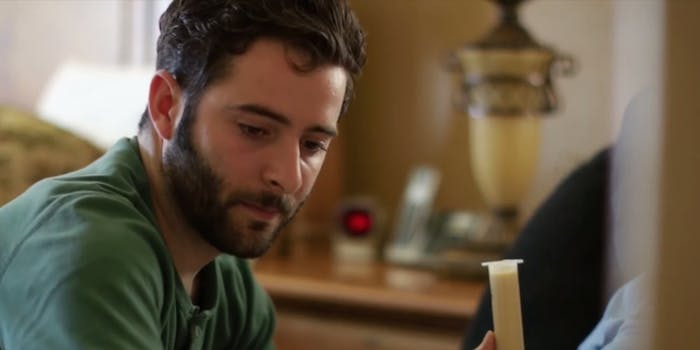 The grim reality of ALS will stay with some people long after you stop pouring buckets of ice on your heads.

The ice bucket challenge has likely flooded your newsfeeds for the past few weeks, with everyone from celebrities to former presidents to CEOs drenching themselves to bring awareness to ALS and donate to the ALS Association. But along with raising millions, it’s also giving the public a more sobering look at the disease they’re trying to help find a cure for.

People with ALS, or Lou Gehrig’s disease, are doing the ice bucket challenge and bringing what’s usually a more private battle that not many people want to talk about to light. David McClain, paralyzed from the shoulders down, has been completely immobilized by the disease. He uses a ventilator to breathe and is fed through a feeding tube.

He can only talk with the help of a computer, but he still appears to be in good spirits as he nominates all of his friends to take the challenge.

Anthony Carbajal has also undertaken the challenge, and for him, it’s personal. ALS can be genetic, and it runs in his family. His grandmother died from it, his mother is in the later stages of the disease, and at just 26, he was diagnosed with ALS; he’s already starting to suffer from some of the symptoms.

It’s something he was terrified of his entire life and doesn’t like talking about, but now it’s getting the spotlight.

“But right now, the ALS community has the main spotlight, and for once in my entire life I’ve seen it in the forefront,” he noted, explaining how little incentive there is for pharmaceutical companies to find a cure for him and the 30,000 people in the U.S. with ALS.

The entire video is worth watching, but for Carbajal’s comments, start at 2:18. It’ll make you think twice about your ice-bucket fatigue.