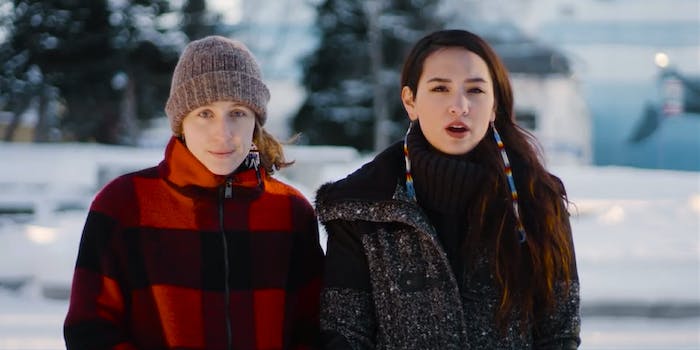 Anchorage is the latest battleground for a transphobic bathroom bill

It's HB2 all over again.

North Carolina’s transphobic House Bill 2 may be dead, but its legacy lives on. Anchorage, Alaska, residents are voting on a proposition today that would force transgender residents to use public bathrooms and changing facilities based on their assigned sex at birth.

Under Proposition 1, businesses would also be allowed to discriminate, giving employers and public accommodations the right to “establish and enforce sex-specific standards or policies” across bathrooms, locker rooms, showers, and other “intimate facilities.”

Transgender residents who have corrected their birth certificates would also be impacted if the proposition becomes law, as Proposition 1 defines “sex” as one’s “immutable biological condition of being male or female” and uses one’s “original birth certificate” to define a person’s sex. The proposition would also force the Anchorage government to delete a law in the Municipal Code that allows trans people to use bathrooms and other facilities that are “consistent with their gender identity.”

Alaska’s KTOO reports that Proposition 1’s supporters have raised approximately $128,000 in support of the bill, mostly from the anti-LGBTQ organization Alaska Family Action. Meanwhile, a coalition called Fair Anchorage has fought against the proposition, raising over $800,000 and publishing ads that ThinkProgress hails as “some of the most trans-inclusive ads that any political campaign has ever run.”