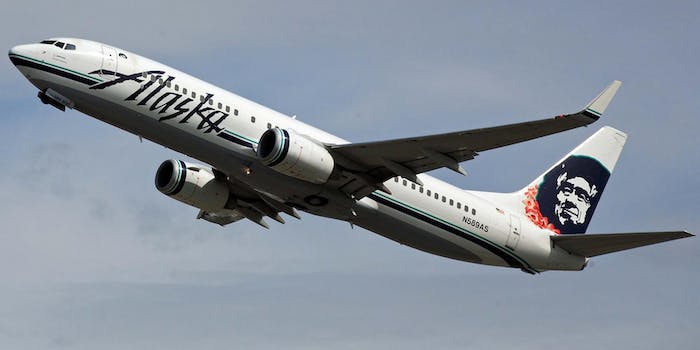 This is grievous and unnecessary.

Flying sucks, but it’s got nothing on cancer. Unfortunately for Elizabeth Sedway of Granite Bay, Calif., these two ruinous things came together at once to make a severely unpleasant experience with Alaska Airlines.

Sedway, diagnosed with multiple myeloma five years ago, was wearing a surgical mask and taking a little longer than other passengers to get herself situated aboard her family’s flight from Hawaii to San Jose, Calif. When a flight attended asked her if everything was OK, Sedway said she felt “weak.”

This kicked off a chain of events that led to the flight attendant calling a doctor, who opined that Sedway should not fly. Cue the removal of Sedway and her family from the plane! She began filming video and narrating what was going on.

Sedway emailed her oncologist during the on-board encounter, who responded that she was in fine shape to fly as she had been for the five years she’d been handling the disease. This made no difference to the airline, whose insistence that she deplane caused her to miss her chemotherapy appointment back home in California.

Alaska Airlines apologized to Sedway after the fact and acknowledged that it could’ve done much better. Here’s how the airline is explaining its actions to others on social media:

@lifespondering If a passenger indicates that he or she may have difficulty flying, it is our policy to follow the advice of our… 1/2

This is a story with a happy ending, however. In a Facebook update on Wednesday, Sedway confirmed that she was back home and will be donating her airfare (thoughtfully refunded by Alaska Airlines) to the Multiple Myeloma Research Foundation.