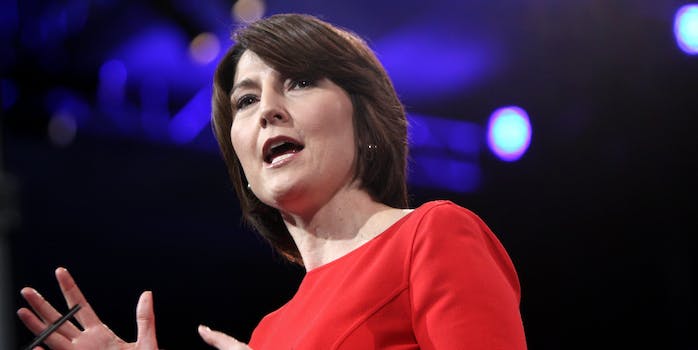 'The AHCA is a monumental step forward that trusts the American people—not the federal government.'

Hours after casting her vote for the American Healthcare Act (AHCA), the plan Republicans anticipate will replace Obamacare, Rep. Cathy McMorris Rodgers (R-Wash.) published an opinion piece in the Washington Post with the title, “My son has a preexisting condition. He’s one of the reasons I voted for the AHCA.”

In the piece, Rodgers likens Jimmy Kimmel’s emotional monologue on his newborn’s heart disease from earlier this week to the birth of her son Cole, who has Down Syndrome. Cole, like some other 130 million Americans, has a pre-existing condition.

“My husband and I had a lot of questions about Cole’s future,” Rogers wrote. “Whether he’d have health care shouldn’t have had to be one of them.”

While the title of her op-ed revolves around her son and family, Rodgers spends little time explaining how she thinks the new plan will affect her child’s future coverage. Instead, she focuses on Republican talking points—that the AHCA is a better fit for Americans than Obamacare, and that states know better than the federal government.

Rodgers does not mention what her current healthcare plan is in the op-ed.

Rodgers argues that the AHCA’s move to but healthcare back in the control of the states is a better move than Affordable Care Act‘s (ACA) “one-size-fits-all approach,” and that it follows the policy of protecting people with pre-existing conditions.

“Safety nets and protections are important and must be maintained for those who need them most. Our plan accomplishes this mission in two key ways: by guaranteeing that access to health coverage can’t be denied for people with preexisting conditions, and by empowering states to innovate with new models for better patient outcomes at a lower cost,” Rodgers wrote.

Furthermore, advocacy groups have also warned that the AHCA will significantly impact education services for students with disabilities under the plan’s provision to defund Medicaid by 25 percent, a program that schools use to reimburse medical funds, specifically the employment of health and mental health professionals.

But to Rodgers, the AHCA works.

“All across the country, families like mine have real concerns about the future of health care, and they are why we’re focusing on results and working on these reforms,” Rodgers wrote. “The AHCA is a monumental step forward that trusts the American people—not the federal government—to make the best decisions for themselves and their families.”