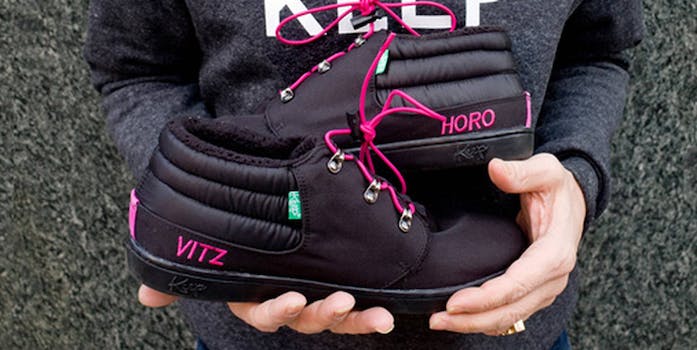 And they're vegan, too!

Another item to add to your anti-Trump shopping list are these shoes from Beastie Boy Adam Horovitz (aka Ad-Rock), for which the net proceeds will be donated to Planned Parenthood. The shoe comes from vegan company Keep.

“What began as a quest for a winter shoe has now evolved into an opportunity to garner support for women’s health,” writes Keep on Instagram. And Pitchfork quotes Horovitz saying, “I support women-run business. I support Asian-American-run business. Net proceeds of this shoe will be donated to Planned Parenthood because I support a woman’s right to choose and feel that women should not be punished for making decisions about their own lives and bodies.”

Horovitz recently attended a rally against hate at Adam Yauch Park (named for late fellow Beastie Boy MCA), after the Brooklyn park was defaced with pro-Trump and anti-Semitic graffiti. He encouraged people to protest, spoke out against the incoming administration, and blamed recent acts of violence and vandalism on electing “a president that’s given our children the message that it’s OK to write ‘white power’ in their high school hallways. That it’s OK to attack women and girls, that Latinos and Muslims and Jews are bad people, and that you can electroshock the gay out of someone.”