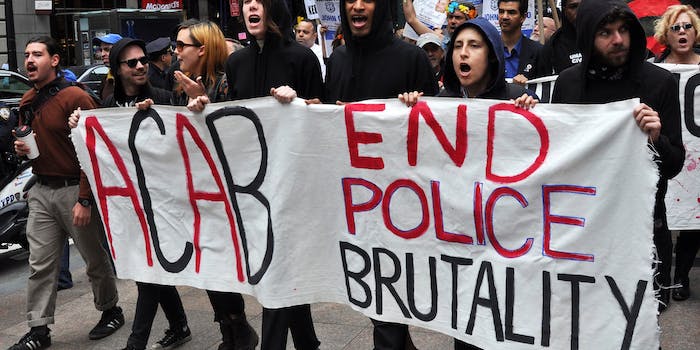 Feidin Santana, a barber in North Charleston, S.C., was walking to work one day last month when he found himself in the middle of a national news story.

It was pure coincidence that Walter Scott, a 50-year-old African-American man running from a traffic stop, happened to pass through a nearby field. And it was blind luck that Santana was there to pull out his phone and record police officer Michael Slager drawing his sidearm and firing eight times into Scott’s back as Scott ran away from him.

If it weren’t for Santana, there would have been no compelling evidence to contradict Slager’s claim that he fired his weapon in the midst of a life-and-death struggle with Scott and that he was thus fully justified in his actions.

But the world almost never saw that video. It was nearly destroyed. Santana fled the scene of the shooting with the video, worried about what police might do if they found out about it. He later said he debated deleting the video to avoid the potential fallout.

Obviously, Santana didn’t delete it. Instead, he gave it to the New York Times, and Slager is now charged with murder. But that story shows the frailty of video evidence. Even if an act of police brutality is captured on camera, there’s still a chance it will never see the light of day, whether because police confiscate the phone or because the witness deletes it out of fear.

That’s why the ACLU of California has created Mobile Justice CA, a new app that instantaneously transmits videos of possible police abuses to the ACLU’s servers. The app would make it impossible for bystanders or police to delete the footage after the fact.

“We want to multiply the number of cameras that can be trained on police officers at any time,” Hector Villagra, executive director of the ACLU of Southern California, told the Los Angeles Times. “They need to know that anything they do could be seen by the entire world.”

The ACLU’s app has raised concerns from legal experts, some of whom suggest that the app could encourage people to violate the privacy rights of suspects being confronted by the police.

Peter Bibring, a senior staff attorney for the ACLU of Southern California, told the Times that his organization would review all the videos and only release clips that raised legitimate concerns about police conduct.

The ACLU app arrives at a time of heated debate around the use of body cameras by police and the filming of police interactions by bystanders. Footage like Santana’s Scott video has brought to light longstanding concerns about police brutality and racial profiling, and as a result, the public has become more aware of the benefits of increased recording of police activity.

Unsurprisingly, police officers and the lawmakers who support them aren’t happy about this trend. The Minneapolis police union last year floated a false story about Mayor Betsy Hodges flashing “gang signs” with a convicted felon in retaliation for her mandating body cameras on all police officers. Texas lawmakers are trying to pass a bill that would prevent witnesses from recording police activity. And in one of the most stunning cases of police resisting being filmed, a U.S. Marshall was caught on tape late last month grabbing and destroying the phone of one bystander in a video recorded by another bystander.

“As we’ve seen in headlines over the previous few months, recordings by members of the public is a crucial check on police abuse,” Bibring told the Times. “We’ve seen a number of examples of high-profile incidents of abuse and unlawful shootings or killings that never would have come to light if someone wouldn’t have pulled out their phone.”