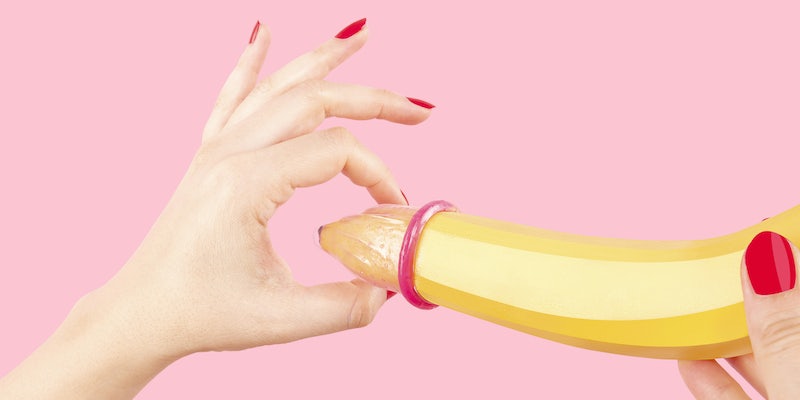 The Trump administration’s antiquated approach to teen sex must be stopped.

Ah, back to school season—a time for sex educators to imbue an influx of kids with the same old “no sex until marriage” bullshit. Which makes an updated position paper in the Journal of Adolescent Health extra apt: Research has found, once again, that abstinence-only education is not only ineffective—it’s also dangerous.

Combing through a decade of data from policy makers, educators, and advocacy groups, the paper’s authors found that programs that emphasize abstinence—often, a hazily defined term—prioritized heteronormative narratives that stigmatized LGBTQ students; stereotyped men as sexual aggressors whom women must fight off; and shamed students coerced into sexual activity. “Abstinence-only” often meant the dissemination of inaccurate information on condoms and birth control, potentially increasing teens’ risk of pregnancy, contracting sexually transmitted infections, and even HIV/AIDS exposure.

Ultimately, the authors concluded, teaching someone about any given topic by eliminating that topic from the curriculum is antithetical to the idea of education, recommending the nation dispense with abstinence-only-until-marriage (AOUM) sex ed entirely.

Even before the Trump administration’s newly appointed staff fell into place, the sex ed landscape looked bleak: Of the 24 states (and District of Columbia) that require students to receive sex education, only 13 stipulate that the information presented must be medically accurate. In 26 states, abstinence must be stressed when sex ed is taught, and in 19 of those, kids learn sex is only appropriate in the context of marriage. Just 18 in 50 states require that sex ed provide kids information on contraception.

It’s not exactly surprising that people between the ages of 14 and 25 chart the highest rates of gonorrhea and chlamydia in the United States and that this country sees more teen pregnancies than almost any of industrialized Western nation.

So how do we steer this antiquated sex ed train to health and safety before policy makers derail it further? We asked three experts what works best in sex education. Here’s what they had to say.

Expose kids to healthy sexual attitudes early. “What that means in practice is not that we start to talk to kindergarteners about sex,” Nicole Cushman—executive director of Answer, a national organization that promotes comprehensive sex education—told the Daily Dot. Rather, sex educators should give kids the “fundamental building blocks” of healthy, respectful personal interactions beginning at age five or six.

Teaching kindergarten-age kids the correct names for their body parts, about sharing, about identifying and respecting their classmates’ limits, about the many different forms a family can take “can translate to more sophisticated conversations about relationships and consent when they’re ready,” Cushman said.

When it comes to sex ed and teens, planning an effective lesson is really as simple as listening. “It’s for them, so it should be about them,” Shafia Zaloom, a health educator at the Urban School in San Francisco, told the Daily Dot of her sophomore-focused sex ed course. While the six-week plan is charted along the lifecycle of a romantic relationship, she explained, “what kids are wrestling with and focused on will dictate what the program is.”

That means giving students the floor, with the understanding that blurting out a concern about pre-cum, for example, might embarrass a 16-year-old. Zaloom keeps an open online forum for anonymous questions; Cushman suggested finding platforms—like Answer’s youth-staffed Tumblr, Sex, Etc. —where teens can seek help from other teens.

“Young people know what issues are most relevant to their peers, and they can speak and write about those issues in a voice that resonates,” she explained.

In other words, trust kids.

“I always say when you find somebody cute, is it a girl or a boy or could it be both?” Dr. Tracey Wilkinson, assistant professor of pediatrics at Indiana University’s School of Medicine and faculty with Physicians for Reproductive Health, told the Daily Dot. “I cannot tell you how many times … they come back with a third answer for me, or a fourth answer.”

All three experts the Daily Dot spoke with agreed that educators need to eschew the heteronormative perspective, and instead offer gender-inclusive information that encompasses all sexual orientations and gives students the vocabulary they need to interact empathetically with their peers. Operating exclusively within a boy-girl framework risks shaming and alienating kids those narratives leave out.

“The way I start the conversation with most kids is, ‘Have you ever been more than friends with somebody?’” Wilkinson said. “If you say, ‘Are you sexually active?’ or ‘Do you have a boyfriend?’ or ‘Do you have a girlfriend,’ that can miss a lot of kids.”

For adults, a lot of sex happens outside the confines of an exclusive two-person relationship—and teens are no different.

4) Teach kids how to talk

Kids are already “drowning in information,” Zaloom said, so direct them toward credible resources, but also teach them how to apply that knowledge in real life.

“You can learn about consent and what it is, but in a moment when things are awkward or you find yourself in a situation or within a context that you didn’t necessarily anticipate, how then do you use that knowledge to your benefit to advocate for yourself?” she asked.

Encouraging kids to imagine and navigate sensitive situations helps them think critically about the concepts they’ll encounter in sex ed, Zaloom said. Wilkinson agreed, running through sample questions she might pose to a sexually active teenage boy: “Let’s say you don’t have a condom, what happens, what do you do? When those instances happened … was it because you were in a different place than you usually are? Was it because you guys ran out?” Working through scenarios in a safe space, with an expert on hand, means patients leave her office with a toolkit for real-world problem-solving.

5) Meet kids where they are

“Kids will say, and I quote, ‘Social media is life,’” Zaloom said. Because social media has thoroughly embedded itself in every stratum of human interaction, it should feature just as prominently in sex ed.

“I think we need to be honest with ourselves that a lot of adults are sexting, too, and this is a behavior that’s become … part of the normative way that people relate to one another around their sexuality,” Cushman agreed. Kids get smartphones at age 10—they need to know how to use that technology safely and responsibly.

For Zaloom, familiarizing her students with the law—what it means to be underage, how to be safe online, how things like consent and coercion apply in the digital space—coincides with situational ethics exploration: sending and receiving nudes; sexual harassment and sexism on social media; and tech as a relationship tool, rather than a crutch.

Google is the go-to source for pretty much anyone who’s encountered a foreign concept. So when a preteen who’s just heard the term “blow job” asks the internet what it means, we all know what comes up.

All told, kids deserve medically accurate, comprehensive, evidence-based instruction on sex and sexuality from people who’ve been there—that includes parents as much as, if not more than, educators. Our experts agreed: Parents play the pre-eminent role in imparting values to their children. As Zaloom explained, “If your kids aren’t getting it because of who’s in charge, then you have to provide it yourself.”