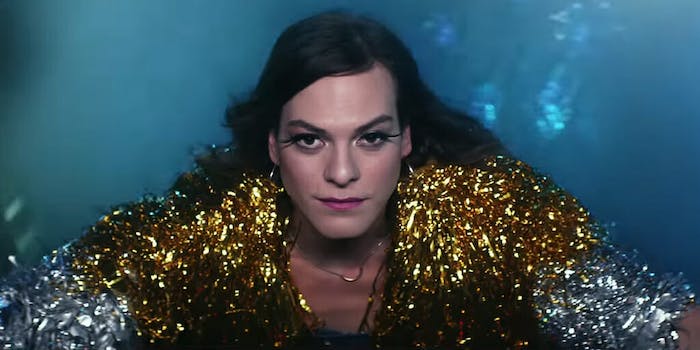 Trans stories are building momentum, one character at a time.

LGBTQ filmgoers kept a close eye on 2018’s Academy Awards. For one, director Yance Ford and his work Strong Island was nominated for Best Documentary Feature this year, making him the first openly transgender director to get an Oscar nomination.

But it was the Best Foreign Language category that pulled out a surprise win. A sleeper hit called A Fantastic Woman took the award, making it the first film with a trans-centered storyline to win an Oscar.

A Fantastic Woman follows Marina, a transgender waitress and singer played by trans actress Daniela Vega. After Marina unexpectedly loses her lover Orlando, her late partner’s family begins to be suspicious of her, a problem further compounded by her transgender identity. As Marina grapples with Orlando’s hostile and unaccepting family, the film captures the dual conflicts burdening Marina as both a transgender woman and a lover in mourning, making her a riveting character easy to empathize with regardless whether you’re cis or trans.

When it comes to the Oscars, very few films with trans characters have been nominated for an Academy Award—and none have been played by a trans person. But A Fantastic Woman stands out specifically because it’s a trans narrative inspired by real life, not just cisgender perceptions of what it means to be trans. And for future trans storytellers, that’s huge.

Transgender stories may be new to most Americans, but they’ve certainly been in both the literary and entertainment worlds for quite some time. Imogen Binnie’s 2013 novel Nevada is generally credited as starting a 21st-century explosion in trans literature across the West. Since then, works like Meanwhile, Elsewhere have explored trans stories from a science-fiction and fantasy perspective, and indie visual novel We Know the Devil has turned the trans coming-of-age experience into an interactive horror game.

But while these stories have resonated with transgender and cisgender readers alike, most trans titles are independent, underground, and alternative works. In other words, they have niche followings and are fundamentally designed without a mainstream audience in mind. We Know the Devil, for instance, is notoriously divisive. Readers either love its message or hate it. Nevada, on the other hand, traditionally appeals to punky, white transgender women in their 20s and early 30s, but older readers struggle to relate to its angsty themes.

A Fantastic Woman, though, focuses on the trans experience in a story about family, loss, and romance. It’s easy to see how a broader audience can relate to those themes, and box office reports suggest the film is resonating strongly with U.S. viewers. As of March 4, Box Office Mojo reports the film has grossed over $800,000 in the U.S. alone since it released on Feb. 2, making it one of the top 250 films published in the past 365 days and the top 30th grossing movie of 2018 so far. That’s impressive for a film about a Chilean transgender woman’s life.

Backstage, in the press room, the Chilean director of A Fantastic Woman, Sebastian Lelio, says he hopes his film will make the country think about equality.
"A transgender person is not a class B person. It's one of us," he says. #Oscars

Seeing trans people slaying at the #Oscars is the start to the week I needed. Well done to @danivega, star of best foreign language film A Fantastic Woman and the 1st trans person to present an award, @yford, the 1st trans director to be nominated, and the ever-radiant @janetmock pic.twitter.com/no0CHCZYoS

But A Fantastic Woman isn’t just a symbol. Its message can change lives, too. Transgender actors and actresses have been pushing for more trans representation in film and television in recent years, stressing that Hollywood needs to embrace trans people in both minor and major roles. Doing so, performers argue, leads to more affirming depictions of trans people across the entertainment industry. This gives transgender men, women, and non-binary people the opportunity to see their stories told to a national audience.

Trans stories aren’t just affirming, they can help change the tide on trans rights, too. One study suggests transgender characters, not trans news reporting, have the power to change minds about trans people for the better. And when stories look at trans characters in a positive light, audiences tend to find themselves sympathizing with trans people in everyday life.

“Watching TV shows with nuanced transgender characters can break down ideological biases in a way that news stories may not,” Hollywood, Health, and Society researcher Erica Rosenthall wrote in a press release obtained by the Daily Dot last year. “This is especially true when the stories inspire hope or when viewers can relate to the characters.”

Building a road for the future 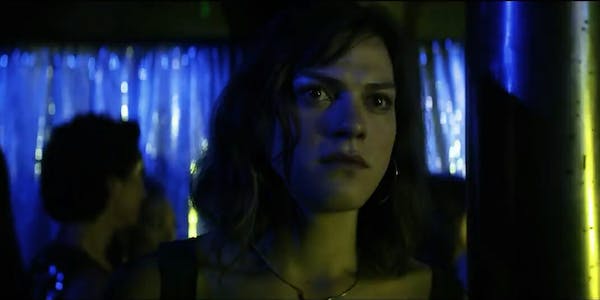 That’s not to say all trans stories have to be designed for the average American filmgoer. Underground and independent art exists for a reason—books, films, and series with a niche following challenge the entertainment industry’s status quo, speaking to audiences that feel underrepresented in pop culture. To this day, many contemporary trans writers are inspired to create their own trans stories after diving into the indie art world.

But when writers and filmmakers embrace a wider, mainstream audience, they’re able to break through traditional biases in Hollywood and bring new voices to the table. A Fantastic Woman does just that, highlighting the Chilean trans experience in a way that’s unprecedented in the modern filmmaking world. Vega’s performance—and her onstage appearance with director Sebastián Lelio at the Oscars—has the power to introduce thousands of Americans to a new perspective on transgender life, changing preconceived notions on what it means to be trans.

The Chilean drama “A Fantastic Woman,” which tells the story of the struggles of a young transgender woman, wins Best Foreign Language Film at the #Oscars! pic.twitter.com/RTfPzFVkHL

Congratulations to Daniela Vega and the rest of the cast and crew for making history as A Fantastic Woman wins Best Foreign Film at the Oscars. Proof you can have trans people in trans roles and win BIG! https://t.co/N0oqVHVdvK

There’s a long road ahead, of course. A Fantastic Woman is only one film. But the Oscars is sending a message with this win: The Academy is interested in trans stories. Let’s hope they keep watching.