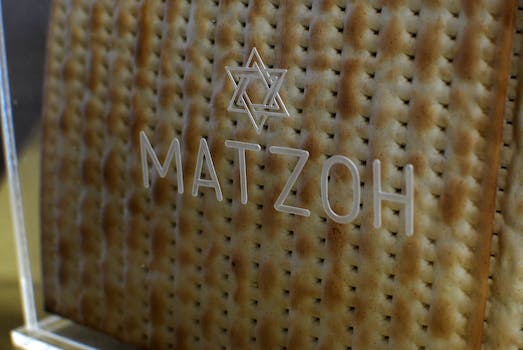 The 7 stages of Passover grief, as told through tweets

Going without bread for a week is the sign of a true believer.

I love Passover. It is a time to gather with friends and family, celebrate the past, look to the future, and eat ungodly amounts of brisket. There are so many amazing customs and traditions associated with the holiday, like eating matzah.

I love matzah. I love matzah so much that I have a dog named Matzah; however, matzah is not a suitable substitute for bread.

Every year, as I go without God’s greatest gift—bread—for seven days, I experience what I call “The 7 Stages of Passover Grief.” Based on Twitter, I am not alone.

Forgot that it was Passover & accidentally ate 3 croutons
Oh well; what's the worst that can hap– oh…welp, my foreskin grew back again

PASSOVER DAY 2
I'll just have a delicious, nutritious salad! This is great!
PASSOVER DAY 7
i would endure slavery for sandwiches

Living that "It's Passover week so I might as well eat 12oz of tuna salad for lunch" life.

I was raised Catholic, but have since parted ways. Now that I am dating a Jewish man, his holidays are my holidays. I know I am choosing to live without delicious, crusty bread for seven of the longest days of the year. Yes, I know I bring this upon myself, but please, have some sympathy for me.

mfw the man making my salad asks if I want croutons #Passover pic.twitter.com/4Q1MPGMf13

And if you are looking for me on Saturday, you can find me at my local pizza joint. I’ll be the one with swimming in garlic knots.