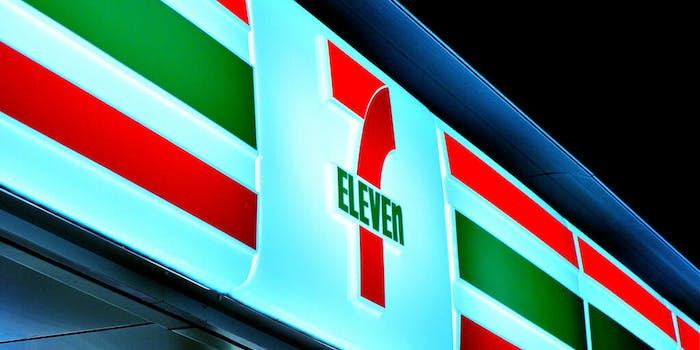 Some franchise owners say they're being unfairly targeted.

President Donald Trump’s administration is cracking down on undocumented immigrants by targeting 7-Eleven franchisees, according to Bloomberg.

A total of 98 7-Eleven stores in 17 states received the treatment in January, where franchise owners had to provide records for every person who worked at the store for the past three years. The owners had to comply in 72 hours and as a result, 21 suspected undocumented immigrants were arrested. Some franchise owners believed the corporate office was doing this to get rid of certain owners.

The news upset many Twitter users on Monday. “Corporate 7-11 is weaponizing ICE against its franchise owners,” user Jamie Tijerina wrote.

The war is not only on franchise owners but also on it's customers. Are we now saying that it's ok for ICE agents to HUNT down immigrants like ANIMALS! Are they now supposed to hide in dark corner? What kind of country have we become?

The 7-11 near me had two AMAZING guys who welcomed my family and me EVERY time we went there. Calling my daughters their barbies (because they granddaughters were in India and they missed them). These gentlemen disappeared without a trace. It's sad and impacts communities.

My local 7-11 has a sign out front that says "veteran owned and operated ." The owner's name is Patel. He served 36 years in the Army, earning a bronze star and 2 purple hearts. He was unsuccessfully targeted by ICE as one of "those people."

Others said 7-Eleven shouldn’t have hired illegal immigrants in the first place.

Awesome. Actually following the law. A rarity these days.

There are about 9,000 7-Eleven stores in the U.S., mostly owned by immigrants. Joe DePinto, who is the CEO of the convenience store chain, recently began asking franchises for more money and inventory. Former 7-Eleven franchisee Hashim Syed told Bloomberg that his Chicago store raised $1 million in annual sales, but after all the taxes and fees he took home $37,000.

“7-Eleven always sold its franchises as a gold mine,” Syed told Bloomberg. “I say it’s more like a coal mine.”

Store owners who are caught violating immigration law such as hiring undocumented immigrants can breach their franchise agreements. After four breaches in two years, franchisees can lose the store.

7-Eleven has hired corporate investigators who utilize hidden cameras and listening devices and sometimes park a surveillance van outside to monitor franchisees, according to the report.