It probably comes as no surprise to hear that the release of Fifty Shades of Grey is causing quite the uptick in BDSM-themed pornography online.

Below is a sample of the most popular search terms people are typing in to get their rocks off. Given that the release of Fifty Shades has also caused an uptick in bondage-themed sex toy sales, this is about what you’d expect. But the important thing to notice is the increased rate at which people are typing exactly what they want. For instance, the top result, “submission,” has been searched for 55 percent more often following the film’s release. 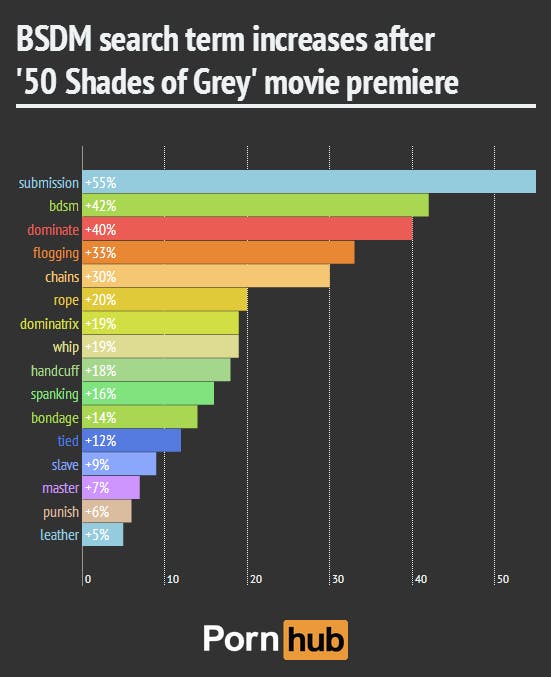