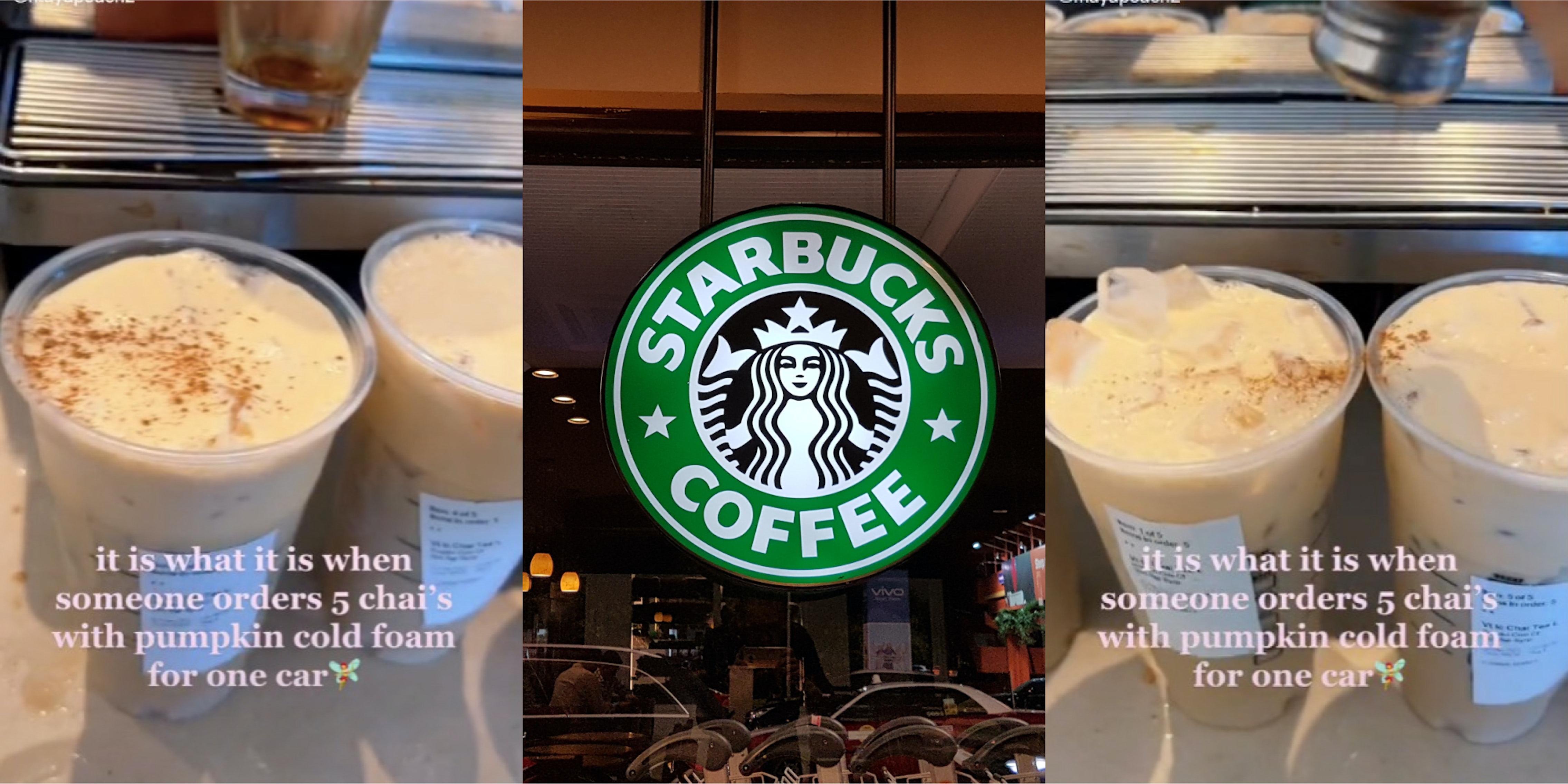 'I prefer making this rather than 5 caramel ribbion crunches.'

A Starbucks barista’s TikTok about having to make five Chai Tea Lattes with pumpkin cream cold foam for just one car of customers is being used as an opportunity for viewers to criticize the movement of baristas sharing their work experiences online.

While the video, viewed nearly 400,000 times, is fairly innocuous, even featuring a caption in which poster @mayapeach2 said she hopes the customers enjoy their drinks, many are criticizing both @mayapeach2 and other baristas on the app who share their work struggles publicly.

“It is what it is when someone orders five chais with pumpkin cold foam for one car,” the text overlay on the video reads.

The video shows @mayapeach2 going down the line, adding a pumpkin spice topping to each of the drinks.

A few, however, defended the worker and argued she did not complain and that it looks like she even made the drinks “with love.” “Where in this post is she complaining about having to make the drinks lol it’s a video about her job and she literally said hope they enjoyed them,” one commenter said.

Starbucks’ cold foam is frothed by baristas and intended to be placed on top of cold drinks. To do this, baristas have to blend “nonfat milk until it is smooth,” according to a 2018 press release by Starbucks announcing the addition. The pumpkin cream cold foam, featured in @mayapeach2’s video, is seasonal. Baristas have implied cold foam is taxing to make in the past, with one even saying there is “a special place in hell” customers who order it. A Starbucks customer recently speculated that the addition may be problematic after receiving a messed-up order. Baristas, however, weighed in to reassure the customer it isn’t—as long as one doesn’t order it on top of hot drinks.

The Daily Dot reached out to @mayapeach2 via Instagram direct message and to Starbucks via email.