What have they even done?

The dirty secret of “X under/over X” lists is that they’re mostly composed of whomever the editors could find to fit the bill, plus their best friends. The lists are completely arbitrary, especially ones like “50 Most Influential People In Brooklyn” and all the lists I somehow never make. (I just assume it’s because I live in Queens, and no, I’m not bitter.)

Anyway, Well Rounded NY has taken it to the next level. Meet the 20 most influential babies in New York. 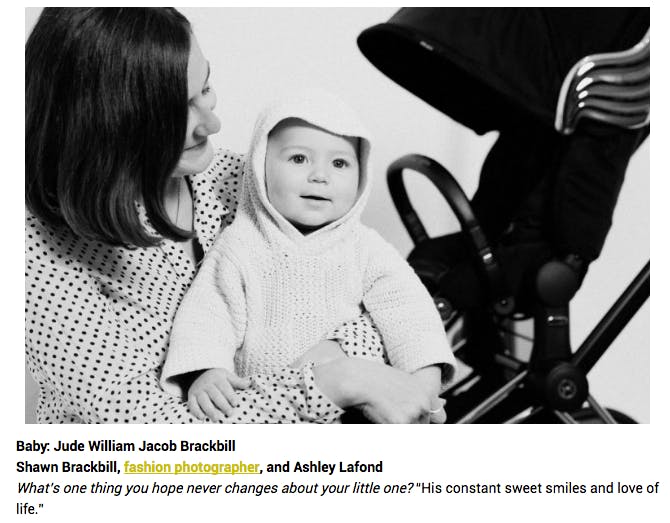 To be clear, these babies have accomplished nothing except being born to relatively famous parents, including the editor-in-chief of Complex Media and one of the co-founders of Warby Parker.

“In fact, for many of them, it’s that baby at home, who’s motivating and inspiring them to keep on doing the cool things they’re doing every day,” the site intones. “Which makes these 20 infants the REAL influencers in the family.”

Setting aside issues of nepotism and privilege, this is just patently ridiculous. I mean, they don’t even ask the babies any questions—they just talk to their parents. How are we supposed to know what industries these babies will grow up to disrupt, or what social media service they’ll be an Influencer on, if we don’t start grilling them on the sharing economy?

So listen up, babies: If you’re going to be this influential, you have to start putting in the work.

What’s your Snapchat presence like? What do you have to say about how technology is influencing intersectional feminism? Are you even planning a pop-up? Get back to us when you have something to contribute to the cultural discourse, babies.

(We’re sure all these babies are sweet bundles of joy and their parents love them very much.)