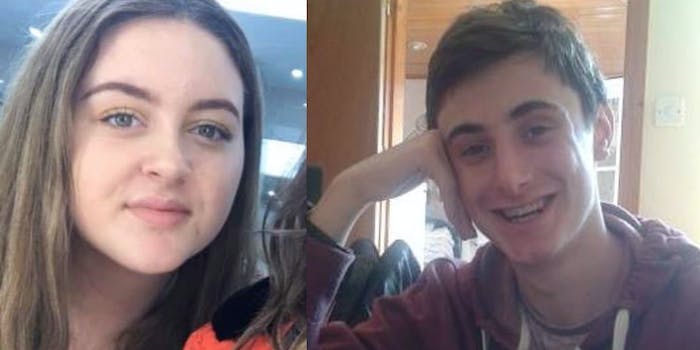 2 people found dead after friend uses app to track them

Holly Poyner's mother enlisted the help of her best friend when she realized her daughter did not make it home.

A girl used a phone tracking app to find the bodies of her friend and a man she went missing with.

Caleb Horncastle, 23, and Holly Poyner, 17, died in a car crash after Horncastle allegedly lost control of his Mini Cooper on the night of July 23 of 2020, according to the Daily Mail.

The next morning, Poyner’s mother, Samantha Poyner, reportedly enlisted the help of Nikita Hemming, Holly Poyner’s best friend, when she realized her daughter did not make it home.

Hemming reportedly used an app to track Holly’s phone to the scene of the crash, where they found the pair and called first responders.

Both Horncastle and Poyner did not have a pulse. They had both succumbed to their head injuries and were pronounced dead at the scene.

Poyner and Horncastle were reportedly friends and work colleagues as Horncastle was a chef and Poyner was a waitress. They would reportedly go for drives around the city.

The details surrounding the crash were heard at an inquest into it.