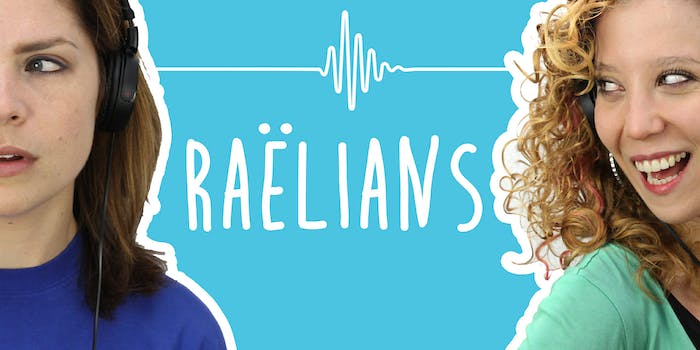 What if we were all created by aliens?

Did intelligent aliens design us in their own image thousands of years ago? That’s what Raëlians believe.

It’s a spiritual movement that began in the ’70s and has had an online presence for decades. And their genesis story for life on Earth is actually no less plausible than “traditional” religions. Just swap “God” for “E.T.” and you’re good to go.

This week on 2 Girls 1 Podcast, Alli and Jen (actors who perform weird internet stuff on stage) speak with Felix Clairvoyant, a guide of the Raëlian movement, about aliens, the afterlife, nukes, Trump, and why humans are such a-holes despite our creators’ best intentions.