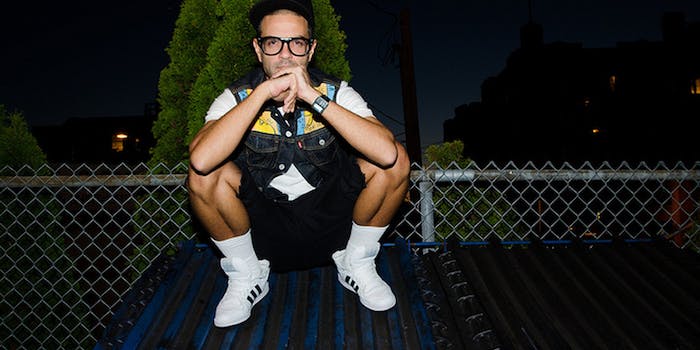 #1 Must Have: A blog to celebrate queer culture

The Tumblr blog, named for a Sleater-Kinney song, captures the queer culture in Seattle, sans captions. .

When A. Slaven was growing up in rural Ohio, she didn’t identify as anything but a weirdo. “There was so little context for being a queer person in the place where I’m from,” she says. “I didn’t even think about it. I just always felt very different.” It was only when she left the sticks for college in a nearby city—and developed her first reciprocated girlcrush—that she realized there was a name for the way she felt: Queer. Suddenly life was less lonely.

Now 33 and living in Seattle, Slaven is a librarian by day and club promoter by night. Along with her creative partner, lawyer/photographer Adrien Leavitt, she’s the brains behind #1 Must Have—a blog (named for the Sleater-Kinney song) and photozine documenting queer culture. For the last year, the two friends have been posting  color portraits of the Seattle queer community—sans captions. The point is to show how queer people of all ages live. We caught up with Slaven as she prepared for the project’s New York gallery debut, at the Leslie-Lohman Museum of Gay and Lesbian Art.

Why start a zine about queer culture?

Part of why we started doing it is that the It Gets Better Project got so popular. We don’t think that you should just suck it up in high school and wait. We wanted to represent taking charge, empowering yourself, not just waiting it out and hoping that some day we can adopt a kid and shop at Whole Foods.

What’s your version of adopting a kid and shopping at Whole Foods?

Getting married, buying a house, creating a “normal” life (we’re just like you! zzz) isn’t the be-all end-all. We’re more interested in ways of building nontraditional friendships, relationships, and communities that aren’t based on consumption, normalness, or being legitimate in the eyes of mainstream culture.

How do you define queer?

Identifying as queer is a political statement. It encompasses not just sexual orientation, but gender-queerness — or a non-conformity to binary gender definitions. Queer is a way to reject the notion of either/or — either you’re gay or straight, a boy or girl …

How do you decide who to photograph?

We try to find people within the community that are doing interesting things, like poets, performers, rad moms, people working in social justice. 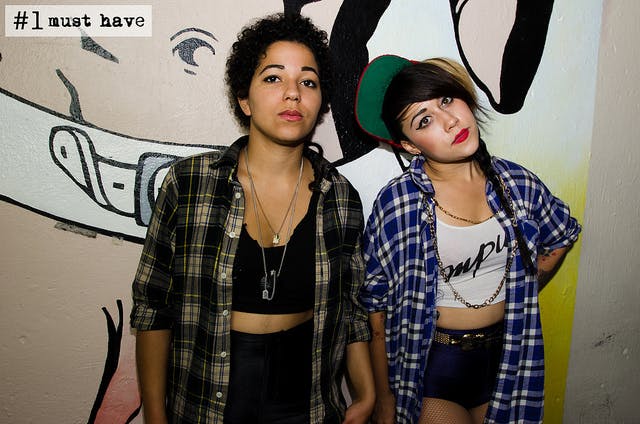 Why photos and no text? There were many instances where I found myself wanting to know more about the subjects.

We wanted the pictures to create a narrative without adding text or explanation. There are other projects out in the world that do a good job of representing queers via text. We wanted the photos to tell the story.

Do you have a favorite portrait?

The one that stands out for me was one of our first — Gigi and Kia at the Pike Place Market. Firstly, it was so fun to be with such incredible people in such an  iconic Seattle place, just wandering around, enjoying ourselves and taking photos. They brought two suitcases and a friend as their stylist. It was ridiculous in the best possible way and it’s impossible not to feel comfortable and joyful when hanging out with those two.

You mentioned the “It Gets Better” program. Do you think #1 Must Have can have a positive impact on kids?

Adrien has a lawyer friend who has queer kid, and they’re living in a small town in Washington, feeling isolated and alone. The mom gave her daughter a copy and she just tore through it. It was the issue where our friend Ben De La Crème was in drag, buying cereal. She showed it to her mom, all happy, saying, ‘hold on, they’re buying cereal, just like me!’”