‘Twilight Zone’ fans can save $40 on the complete series

This isn’t a trick or twist that ends with a nightmare. Except for the part where you have access to every episode of The Twilight Zone.

The Twilight Zone: The Complete Definitive Collection is currently 31 percent off on Amazon. The DVD set normally costs $135, but you can grab it for $92.99 for a limited time. In comparison to the Blu-ray version, which costs $247.29, that’s a steal. 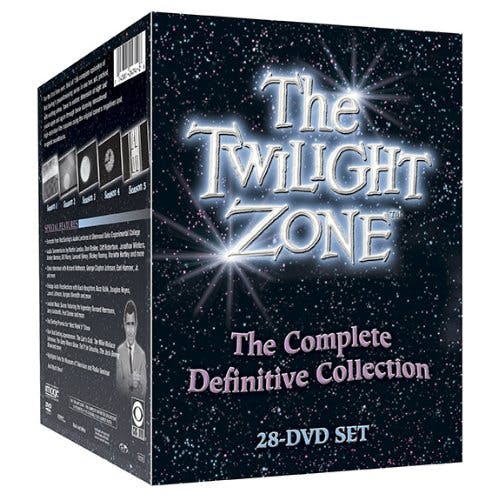 The definitive collection features all 156 episodes plus extras, including Rod Serling’s bio-documentary Submitted for Your Approval, interviews with writers, and audio commentary with Leonard Nimoy, Martin Landau, and more. One of the most notable bonuses is the show’s pilot, “The Happy Place,” which was originally rejected.

You can check the deal out here, and get your creep on at a lower price for a limited time only.