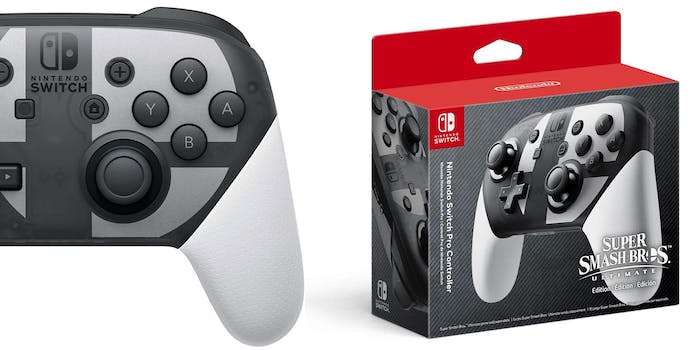 Sure, there’s a new Smash Bros. coming down the pipeline. But take a second and bathe in the glow of this Super Smash Bros. Ultimate Pro Controller.

Among Switch Pro Controllers, this guy stands out amongst the pack. It’s bold without being too flashy, with a simple monochrome aesthetic. The time-honored Smash Bros. logo is emblazoned on its face, complete with bright white handles. It’s called a Pro Controller for a reason: it’s far more ergonomic than the Joy Cons, and works with just about every Switch game under the sun.