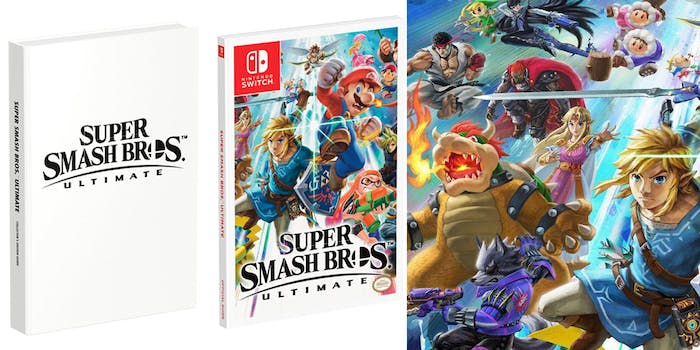 Prime yourself to smash the competition.

Scared of jumping into the fray alone? The Super Smash Bros. Ultimate Prima Guide will help you unlock every massive secret in the upcoming game.

Super Smash Bros. games are always rife with content. Sure, there are characters to unlock, but there’s also 100+ stages to unlock. And while we know that the ring will be rife with the most fighters ever, there’s plenty about the game we don’t know about yet. But whatever secrets Super Smash Bros. Ultimate holds, you can bet on this guide uncovering every single one.

The guides, both paperback and hardback don’t come out until December 7, along with Super Smash Bros. Ultimate and are available for pre-order on Amazon starting at $14.99.