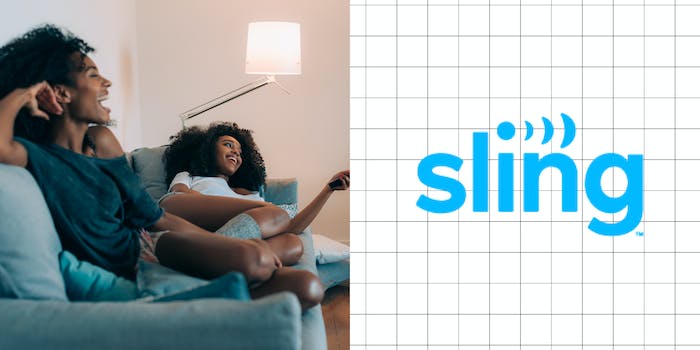 The best movies on Sling TV this month

Sling TV is the most affordable option in cable for cord-cutters looking to stay up to date on their favorite shows. But for all its great content for TV fans, film fans will be blown away by its film selections. The best movies on Sling TV span every genre, era, and audience. Looking to program an incredible movie night? Here are the best movies on Sling TV this month.

February is Black History Month, a time to reflect on the contributions, history, and important figures in the African diaspora.  Sling TV and its partner channels have made it easy to find incredible, entertaining, and often educational films that celebrate the Black experience in all its forms.

Celebrate Black History Month with Sling’s collection of important and groundbreaking films that center the Black experience and storytelling. Each of these titles is available on-demand, so you can watch them at your leisure.

Ava DuVernay’s 2014 historical drama tells the story of the 1965 voting rights march from Selma to Montgomery. In total three marches were held traveling the 54-mile highway from Selma, Alabama to the capitol in Montgomery. DuVernay’s film simultaneously shines a light on the horrors protestors faced — clubs, horses, tear gas, and police — as they marched for the right to register to vote.

Where the film truly shines however is its portrayal of luminary figures in the civil rights movement who rarely are acknowledged on-screen. There’s an understandable focus on Martin Luther King Jr, but Selma also brings Ralph Abernathy, James Devel, Annie Lee Cooper, Frederick D. Reese, and more to the spotlight. Beautifully directed and acted, Selma is a must-watch.

Denzel Washington is one of the greatest talents in American cinema, an actor who pours himself fully into every role with soul-stirring results. But in a filmography full of masterful performances, Malcolm X may be his finest. Directed by Spike Lee, Malcolm X is a somber, empathy-filled look at an often misunderstood civil rights leader.

Malcolm X’s life began with the murder of his father by the Klan and ended with his own assassination in 1965 at just 39. Washington brings a noticeable weight to his performance, allowing viewers to see X’s transformation from a righteously angry young man to a society-changing civil rights icon. Most importantly, the film shows the nuances of X’s political beliefs. If all you know is memes, do yourself a favor and learn about the real man.

Technically this might count as a “mini-series” instead of a “movie,” but when an artist has changed the landscape of music and dance like Janet Jackson we’ll make an exception. A&E was granted unprecedented access to the icon for this series of four documentaries. Thanks to three years of interviews and mountains of unseen archival material the door to one of pop’s most incredible icons has swung open.

As one of the best-selling, not to mention top-earning, artists in music history, Janet Jackson has become an icon to millions. But her story is more than just groundbreaking choreography and angelic singing. Her decades have been marked by overwhelming joy and tragedy in equal measure. This intimate portrait of an artist, usually in her own words, is essential to watch for anyone with an even passing interest in pop music.

James Brown is a figure everyone knows of, but whose historical importance as slowly been overshadowed by the popularity of his music. Alex Gibney’s Mr. Dynamite: The Rise of James Brown tries to find the middle ground between a legend and his reality. From a childhood raised by a brothel running Aunt to the explosive success he found in adulthood, Mr. Dynamite explores it all.

To some of his peers, Brown’s music was just screaming over horns. But his fiery and propulsive blend of jazz, R&B, and proto-funk set a course that not only changed American music but still influences today’s generation. There’s a lot of stories to tell in just two hours, but Mr. Dynamite packs it in with grace and thrilling detail.

In the pantheon of jazz Miles Davis holds a place of honor that will never be usurped. With his trumpet in his band and an ever-evolving band at his back, Davis spent decades refining and evolving cool jazz, jazz fusion, and hard-bop. But behind the scenes, his genius was haunted, fueled by agony and a hard battle with narcotics.

This British documentary pulls together rare footage and interviews to explore the ins and outs of Davis’ life. From his early days with Dizzy Gillespie and Charlie Parker to his late-era psychedelic sound experiments, jazz fans see it all. The biggest gift however is the wealth of interviews from his peers, including Shirley Horn, Herbie Hancock, Joe Zawinul, and Keith Jarrett.

Superhero movies are rarely important. They make billions, take over the box office, and control pop culture, but that’s it. Black Panther is a rare exception, a superhero movie that filled a gaping hole in pop culture. Decades into making superhero movies, there simply wasn’t any serious representation of Black heroes. Storm had a few minutes of screen time in X-Men, adults got Blade, and kids had Shaq’s Steel.

In 1988 N.W.A. started a revolution in music and pop culture itself with a brutal, catchy, and brilliant new strain of California rap. But for all their groundbreaking brilliance, N.W.A. quickly burned out, launching the superstar solo careers of Ice Cube and Dr. Dre. F. Gary Gray’s Straight Outta Compton tells their story with beautiful cinematography and vivid performances.

The Tulsa race massacre of 1921 was two days of brutal racist White terrorism against the Black residents of Tulsa, Oklahoma’s Greenwood District. For years the story was barely a blip outside of the African American community. Many Americans’ first time learning about the massacre was an episode of Watchmen.

That horrific reality makes Rise Again: Tulsa and the Red Summer all the more powerful and important. Journalist DeNeen Brown dives into the history of the Tulsa massacre, uncovering secrets and mass graves along the way. Heartbreaking yet vividly important, Rise Again is a modern masterpiece of documentary filmmaking.

Shortly after the end of World War II, a young Black baseball player named Jackie Robinson broke the color barrier in baseball. 42 tells the incredible story of a talented young man plucked out of obscurity to become one of the most important figures in sports history. Beautifully shot and acted 42 is a love letter to baseball as a unifying game.

Chadwick Boseman’s career was tragically short, but performances like the one he delivers in 42 are why he’ll never be forgotten. He brings a heroic poise to the role, showcasing a Robinson whose warmth fights through the racism around. This one is recommended for everyone, even if you don’t care about baseball.

Get Out may be the most important horror movie of the last decade, a psychedelic and violent masterpiece that’s as fun as it is thought-provoking. Chris is a young Black photographer slowly making a name in a difficult industry. But his career challenges pale in comparison to his latest challenge, a weekend getaway visiting his white girlfriend’s affluent family.

Joran Peele built a name for himself with sketch comedy, and Get Out is all the more powerful for it. Full of humor and dread, Get Out slowly builds tension while revealing pieces of its overall mystery. If you can, don’t read anything else about this movie before you see it. Get Out works best when you’re left as lost as its main characters.