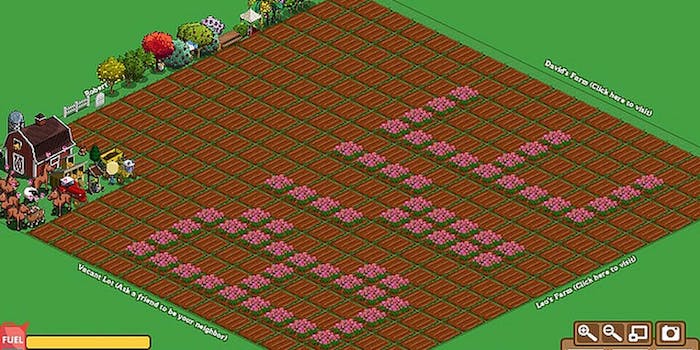 Laid off Zynga employee rips the company on Reddit

The ex-employee, one of 520 laid off on June 4, hosted an AMA session, stating in his post title, "What do you want to know about Zynga?"

When you’re laid off from your job at a struggling video game company, what do you do? One such person turned to Reddit.

Using the handle former_zyngite, the employee, one of 520 laid off on June 4, hosted an AMA session, stating in his post title, “What do you want to know about Zynga?“

“I’m willing to talk about the company that all gamers love to hate if anyone wants to know more about it. I need to keep my identity on the down-low because I’m job hunting now and not trying to burn bridges. So I can’t give specifics on the the projects I worked on, but can talk to a lot of the games, processes, culture, infamous game copying, etc.,” the ex-employee, who admitted to working in a “creative position,” added.

Curious redditors flocked to the thread, littering it with hundreds of comments and upvotes. Interestingly enough, the top-voted comment has nothing to do with the company’s flailing titles or business practices, but rather its snacks.

“What kind of snacks were in the break room?” boringaccount asked.

ccatlr added, “Once the snacks start drying up or going downhill, or when they go from being a huge spread, to being a box or two of nutter butters a week. It’s not a good sign. I’ve been part of 7 or so layoffs/buyouts over the years and the one constant indicator as to how the companies financials were doing was the snacks, and if you went from getting those kick ass gel glide pens, and the next week, it’s a simple stick bic. Yup, time to update the cv.”

It wasn’t long before the session shifted to more juicy topics.

How do you feel about the revolving door mentality for employees working in a lot of development studios (basically as soon as the game gets done there is a mass layoff)? (sryii)

It’s the worst aspect of working in the industry, easily. It’s an unstable industry and you have to accept that you’re going to lose your job, and change companies multiple times throughout your career.

Some people in normal industries can get a job, work there for 40 years and retire. That’s virtually impossible in the games industry.

Just how prolific is their theft of other games? (Escapist83)

That’s a broad question. But it varies. They got a lot better recently. After The Ville got sued by EA it was much less okay to “fast follow” a game (The term for copying a game).

I think that early on it was blatant. Later it became well known practice at Zynga, but rather poor taste. Dream Heights/Tiny Tower was a big slap in the face. Sims Social/The Ville was the last straw. Towards the end of my time it was not so much that games were straight up ripped off, but key features would be. Such as the general method or menu flow that a game handles it’s multiplayer. The idea being that if it works for that game, it would work for our game.

In general though, most of us knew what game was copying what. Bubble Safari was a copy of Bubble Witch Saga. The Ville was Sims Social. Hidden Chronicles was Gardens of Time. The company didn’t call it out for what it was, but you knew because whatever project you were on most likely had similar pressures to match and beat a game on the market.

Do you think they have a sound business strategy? i mean its doubtful if they are laying off so many people but i just assumed they would be making a killing. (Mostlyatnight_mostly)

Oh hell no. Their business strategy is terrible.

Their major issues are the inability to adjust to the changing market. They did great when Facebook gaming was on the rise, but now it’s declining and Mobile is on the rise. They’re trying to change over, but employ too many of the same game development “best practices” that were developed for Facebook games. These just don’t translate to the mobile market, which is why they’re suffering in that market.

A lot of micro-management from the top down that stifles the creativity and hinders the production of many games.

An over reliance on every game being a blockbuster hit which makes the fun aspect of games suffer while making the money grabbing tactics all too transparent to the users.

And a serious lack of foresight over all. Too many major decisions are quick reactions to sudden changes in the market. If some games jumps to the top of the Top Grossing charts then everyone need to drop everything and change to follow it. Which wastes time, makes for bad design and ultimately puts projects behind schedule. It just means they’re always late to the party, and whatever game they’re trying to compete with has already faded away by the time their own version hits the market.

They rely too much on reacting to what is making money now, and too much on their own data. They don’t strive to make anything new or innovative and that’s no way to excel in the games market. You need to lead the pack, not try emulate the best practices of top games with the hopes that you can out perform and already established IP.

What are the benefits of working at Zynga? (renzss)

Lots of perks, like a gym in the building, three free meals a day, happy hour every Friday with free booze, unlimited vacation days. Not everyone takes advantage of them all. I loved getting a free 15 minute massage once a week.