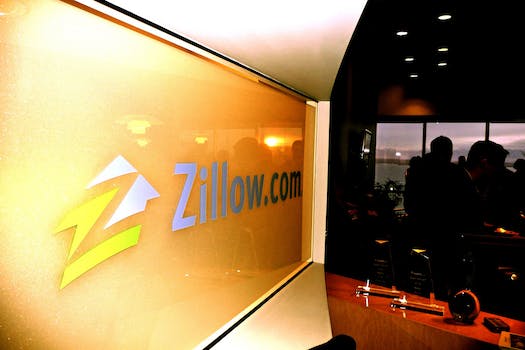 Zillow, the online real estate company, is being accused of having an “adult frat house culture” where female employees were regularly sexually harassed by their male supervisors.

A lawsuit filed with the Central District Court of California, first reported by the Recorder, describes the “sexual torture” and constant harassment former Zillow employee Rachel Kremer endured while at the company between December 2012 and August 2014.

Kremer allegedly received harassing text messages that included a supervisor sending her a photo of his penis and emails about sex toys. She also reportedly dealt with inappropriate behavior at the office, which included male managers ranking women by their breast size and being propositioned for sex. Here’s an excerpt from the suit:

Ms. Kremer’s male supervisors ranked her according to her breast size, sent pictures of their penis to her, and demanded sexual gratification and obedience by Ms. Kremer to continue her employment. Ms. Kremer’s experience was not limited to one supervisor, but instead, was pervasive throughout Zillow’s leadership. Privately, Zillow executives bragged that the office culture led to more sexual encounters than Match.com and referred to the internal office directory as “Zinder,” named after the dating application Tinder. Sadly, for Ms. Kremer, by not participating in this culture, she felt she would be outcast, and terminated. Eventually, after experiencing the most heinous acts of sexual harassment imaginable, Ms. Kremer was terminated.

According to the lawsuit, Orange County, Calif.-based Zillow tried to cover up the sexual harassment by making Kremer sign a confidentiality agreement and release.

Attached to the the suit, screenshots of text messages from Gabe Schmidt and Cody Fagnant illustrate some of the alleged harassment Kremer experienced.

Kremer was terminated from Zillow in August for what the company claimed was a lack of performance, but according to the suit, Kremer wasn’t given any warning or the opportunity to explain why her sales had been faltering, which she claims was due to the workplace environment. The suit also says another employee with similar sales performance was not fired.

This is the latest in a string of sexual harassment lawsuits to hit tech companies in recent months. Whitney Wolfe, cofounder and former marketing executive at Tinder—the same company Zillow managers allegedly grossly joked about in regards to their office directory—sued the mobile dating company for sexual harassment in July. She also claimed she was fired after bringing the harassment to light. Messaging application Snapchat also came under fire when a handful of CEO Evan Spiegel’s fraternity emails were leaked that described vulgar and explicit interactions with women.

Zillow has apparently fired at least one employee involved in Kremer’s allegations. The company emailed the Daily Dot the following statement:

Zillow takes any allegations about our work environment very seriously. When this allegation was first made, we immediately investigated these claims and as a result took quick action and terminated a sales employee in our Irvine office. The allegations in the complaint do not reflect Zillow’s culture or workplace and are completely inconsistent with our values.  We don’t tolerate harassment of any kind.

It’s incredibly important to us to create and maintain a work environment that is safe, comfortable and inclusive for everyone.  Our people are our greatest asset as a company, and we take great pride in our strong culture and reputation as a best place to work.