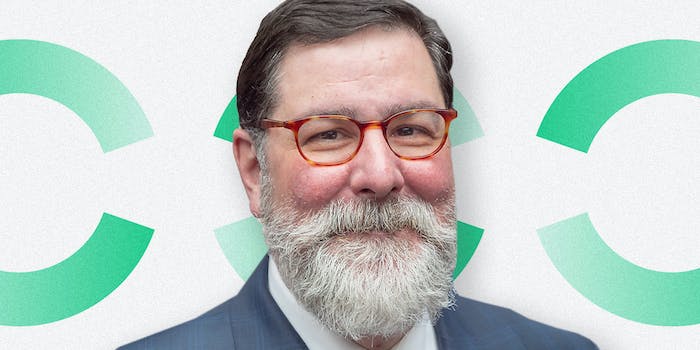 Was Pittsburgh's mayor monitoring your tweets under dubious pretenses?

The last weekend of May 2020 was a calamitous one in Pittsburgh—like so many cities across the United States—as protesters livid over the police killings of George Floyd and Breonna Taylor took to the streets.

On Saturday, the city “erupted in violence.” Thousands turned out. Two police cars burned. State troopers were called in and a curfew was declared.

At first, Pittsburgh Mayor Bill Peduto walked a fine line on social media. Saturday night, he distinguished “anarchists hell-bent on chaos and destruction” from the “young Black Leadership” who organized the march, saying the former “hijacked a peaceful march for justice for their own selfish agenda.”

In the immediate aftermath, Peduto shared news articles that reported protesters threw rocks first, something contradicted by first-hand video. He later tweeted that the voices claiming police shot first seemed to be “conspiracy theories…being spread tonight on Facebook and Twitter.”

At 9:45am on Wednesday, June 3, Peduto received a policy briefing on this critical issue from a long-sought source. It wasn’t a close advisor though. It was an analyst in Tel Aviv, providing him “insight” via computer program. It was a tool that documents indicate he’d been clamoring to have since 2017, for its ability to analyze social media.

Zencity makes software for cities that tracks how local residents feel on just about any issue. In Pittsburgh, they base their data-heavy reports and insights almost exclusively on posts and interactions with local social media on Facebook and Twitter.

Zencity’s insight didn’t gauge how Pittsburgh residents felt about the protests or the violence, but how they felt about Peduto’s use of social media.

The two-page report, which spanned the protests’ peak, May 28-June 2, is headlined: “Negative sentiment in response to Mayor Peduto’s messaging following George Floyd’s death increases as his statements are interpreted as supportive of police over protesters and Pittsburgh citizens.”

That afternoon, June 3, Peduto announced his support for an independent investigation into police tactics in East Liberty, citing in the press release his “extensive review of social media” as one of the reasons for his decision.

Politicians, like anyone, are encouraged to evolve their views when presented with new facts, but there’s just one problem with Peduto’s change of heart: The mayor’s office acquired the $30,000 Zencity software through extraordinary means under Pittsburgh’s COVID-19 emergency disaster declaration, later telling city council it was necessary “as part of … ongoing COVID-19 response.”

But of the 24 insights the mayor’s office requested between June 2020 and May 2021, provided by Right to Know requests from the Daily Dot, just five relate to COVID-19 restrictions or reopenings. The majority deal with public sentiment over Peduto’s pet projects and other hot-button political issues.

“It looks like they requested Zencity to only look at their own reflection,” said Pittsburgh City Councilperson Deb Gross after reviewing the insights requested by the mayor’s office.

The mayor’s office used Zencity in secret for almost one year. As first reported by the Pittsburgh City Paper, Gross and the rest of city council first learned of Zencity use at a standing committee hearing in May 2021, when it became apparent the software was up for a new contract.

Mayor Peduto declined an interview for this story. In May, Peduto would lose a hotly-contested city primary election in which he sought a third term as Pittsburgh’s mayor. Some experts would go on to blame Pedudo’s loss largely on his perceived support of the police over protesters during the Black Lives Matter protests that last weekend of May 2020.

Right to Know documents indicate the second insight requested by the mayor’s office came June 17, 2020, and related to a pair of Peduto police reform announcements: one, the endorsement of the national 8cantwait police reform legislation, the other a “blueprint for a new Office of Community Health and Safety.”

But after receiving an insight June 30 on citizen reaction to Allegheny County’s decision to close bars and ban alcohol in restaurants, the mayor’s office would not go on to request an insight into any other COVID-related topics until December 17, 2020. During that time, COVID cases in the city soared from a summer low of only a dozen a day to over 1,000 a day.

In the meantime, Peduto would request insights into Pittsburgh’s participation in a Mayors For Guaranteed Income program, Peduto’s Marshall Plan for Middle America Roadmap, and the debate over a Christopher Columbus statue in the city’s stately Schenley Park, among others.

The next time you press “like” or comment on a local news article, Zencity software is there to assign your actions a sentiment and lump it with that of your neighbors, all for local officials to look at.

In addition to pre-requested insights, Zencity also provides data-heavy reports that generate automatically based on trending topics in the area. Zencity gleans how people feel primarily from how they interact with Twitter and Facebook posts. One May 2020 email shows a Zencity account manager asking to connect with the city of Pittsburgh’s Instagram accounts.

But beyond questions about how the software can be used, experts worry whether the voices on social media accurately reflect society at large.

“You need to have reliable internet. You need to have a computer. You need to have a smartphone in order to regularly voice your opinions on social media,” says Matthew Guariglia, policy analyst at the Electronic Frontier Foundation. “And so some of the most vulnerable people whom politicians are making policy for, their voices might not be heard if the way governments are gauging public opinion is on the internet.”

According to Pew Research, only 9% of people who use social media regularly post or share often about political or social issues, while 40% never do so. That doesn’t include the roughly 3-in-10 Americans who don’t use social media at all.

“One of the big issues with relying on social media for understanding public sentiment is that there’s very little way to verify that what you’re actually seeing is reflective of how the public feels at large,” says Angel Diaz, lecturer at UCLA School of Law, who specializes in the intersection of emerging technology and civil rights.

Zencity notes it also doesn’t filter whether posts actually come from the city they are ostensibly paid to monitor. Posts from Twitter users commenting on actions in Pittsburgh could sway the report as much as a long-time citizen complaints. Zencity’s CEO and co-founder, Eyal Feder, acknowledged as much in an email, “Location – it’s simple. We DO NOT know the location of the person posting.”

Not only is there a risk that marginalized voices are left out, but machine learning can only provide insights as good as the data it processes. It’s one of computing’s oldest adages: garbage in, garbage out.

In Pittsburgh, Zencity gauged the sentiment of social media users who interacted with hundreds of Facebook and Twitter accounts, including local news stations and politicians, various public figures, museums, community groups, farmers markets, a Fox News AM radio station in Cedar Rapids, Iowa (and another in Atlanta), the Pittsburgh Area Planted Aquarium Society, and two of the city’s six police precincts.

In response to a Right to Kow request, the city provided two spreadsheets each with approximately 418 unique public social media channels Zencity culls for their insights and reports in Pittsburgh,

The first was dated June 2020, the second May 2021. They are almost entirely the same, except the more recent include the addition of about a half-dozen Pittsburgh social activist and community groups.

In an email, mayoral spokesperson Molly Onufer said she did not know if these were the only data points the software relied upon, and would have to inquire with Zencity to confirm. Zencity did not respond to a separate email from the Daily Dot asking for clarification.

Zencity is run by a former intelligence officer in the Israeli equivalent of the NSA, and is now in use in nearly 250 cities and municipalities large and small, including Chicago, Houston, Phoenix, Philadelphia, Austin, and New Orleans.

Rarely is the software discussed with the public.

“People often do not know what technology their governments use until it is somehow revealed, after the fact that the contracts have already been signed and the money has been exchanged,” says Guariglia, the policy analyst with the Electronic Frontier Foundation.

In Pittsburgh, the issue cropped up in a hearing, where councilperson Gross led a failed effort to halt the city’s use of it. At the hearing, one resident, Sara Pearman, a Ph.D. security researcher at Carnegie Mellon University, called out the social media monitoring.

“If the city is going to use this, there need to be some precautions and guardrails,” she said, highlighting that the data provided to the city by Zencity isn’t truly anonymous.

Zencity claims it gives voice to the “the silent majority” and not the same 10 people who show up to every single city council meeting. But given the city’s ability to pick its sources, and the lack of vetting of its provenance, it can just as easily devolve into a feedback loop no different than any other council hearing.

Regardless, the city council approved the continued use of Zencity, despite the mayor’s dubious procurement of it.

The analytics and insight certainly didn’t help Peduto, who lost in the primary in his reelection bid. He will leave office in January 2022. What happens with Zencity after then is unclear.

Brian is an independent journalist based in Pittsburgh. He received first prize in environmental reporting from the Keystone Chapter of the Society of Professional Journalists for investigations into lead in Pittsburgh's drinking water, and is a two-time investigative reporting finalist in the Western PA Press Club's annual Golden Quill awards. His reporting has been published in Vice, Technical.ly, PostIndustrial, and the Chicago Tribune. Monitor his sentiment on Twitter @brianconwayyyyy