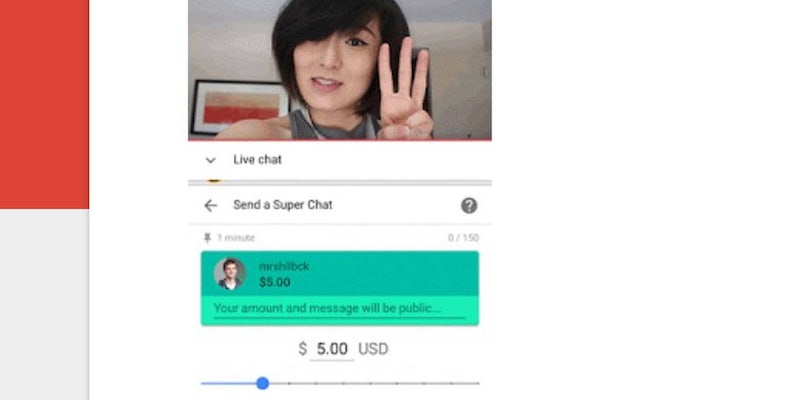 A small dollar bill icon will now appear on the bottom of every live chat.

YouTube Live commenters can now pay to have their posts highlighted in the chat stream.

The video-sharing website announced today a new feature called Super Chat, which allows anyone watching a livestream on YouTube to pay to showcase their comments. A small dollar bill icon will now appear on the bottom of every live chat. Once pressed, users can choose how much money they want to send over, and what message they want pinned.

A Super Chat stands out from other messages in two ways: It is highlighted with a color, and stays pinned in the ticker for up to five hours. The new feature will replace Fan Funding, which allowed users to voluntarily send money to creators for their work. Fan Funding is being scrapped because it never achieved widespread usage outside of livestreams, according to YouTube.

The company claims its new feature is beneficial to creators because it provides them a new way of making money, while keeping them connected with their biggest supporters.