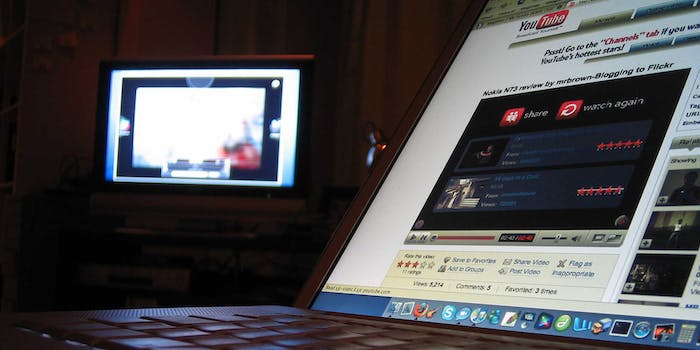 There are currently 53 paid channels available, but this is "only the beginning."

The good news? It’s not likely to change the way you use the massive video-sharing site.

There are currently 53 paid channels available, but unless you’re looking for Treehouse Direct, NuestroPix, Baby First PLUS, they’re not likely apart of your daily YouTube viewing. Other channels include Comedy.TV, Cars.TV, Digital Theatre, Harley Davidson’s Fix My Hog, National Geographic, and TNA Wrestling Plus. According to the official release, “Sesame Street will be offering full episodes on their paid channel when it launches. And UFC fans can see classic fights, like a full version of their first event from UFC’s new channel.” 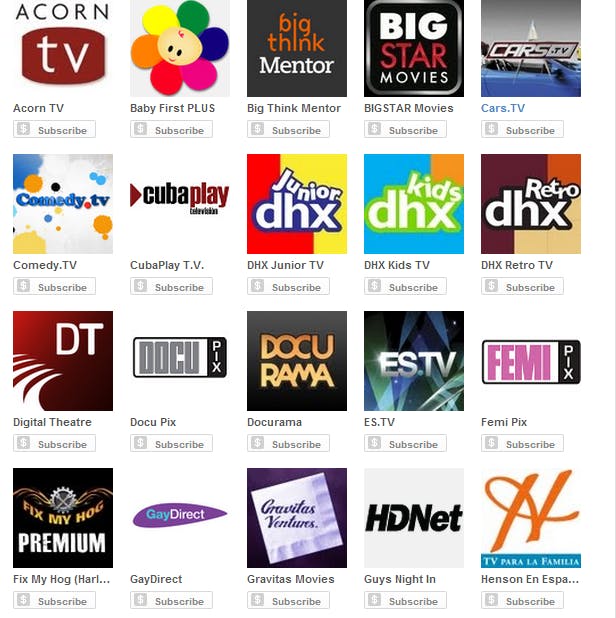 The new service had been in the works for years. A patent filed by Google Inc. in 2011 describes the new service as “a content hosting system [which] allows content providers to create channels of video content and make them available to users in a marketplace.”

Code found in the YouTube for Android app in February suggested that the move was getting closer to completion. The subscription should allow YouTube to compete with Netflix and Hulu, both which offer paid subscriptions to stream content online, and should serve as another source of revenue for the site; most partners currently make money from ads placed in front of and around videos or video rentals.

YouTube has been slowly leaning towards professionally produced content in an effort to compete with television. The company invested over $200 million in original content programming last year, which had varying levels of success and was followed by another $100 million investment earlier this year. Meanwhile, DreamWorks Animation just bought AwesomenessTV, another original content channel last week.

Each new channel offers a free two-week trial before you pay a monthly or yearly fee. Depending on the channel, they go in range from $0.99 per month up to $7.99 per month, and the channels won’t have advertising.

Google stressed in the announcement that this is “just the beginning.”

“We’ll be rolling paid channels out more broadly in the coming weeks as a self-service feature for qualifying partners. And as new channels appear, we’ll be making sure you can discover them, just as we’ve been helping you find and subscribe to all the channels you love across YouTube. Just as the partner program empowered creators to take their channels to the next level, we look forward to seeing how this great community of creators moves ahead with a new way to reach the fan communities that made their channels a hit.”