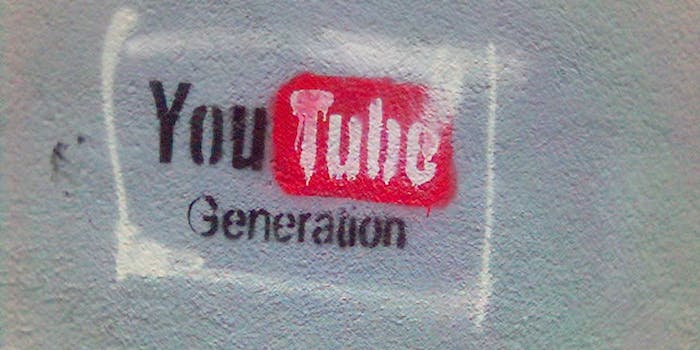 Despite that big number, the music industry is still displeased with YouTube.

Google has paid more than $1 billion to music rights holders “over the last several years” through its YouTube platform, making it the one of the top sources of digital revenue for the music industry, the company announced Sunday.

Despite that huge number, there is continuing resentment towards YouTube from the music industry, even though many of the site’s most popular videos from the past year were music videos.

Vice President of YouTube content Tom Pickett attended a panel session at Midem, an annual music industry show in Cannes to reaffirm the relationship between YouTube and the music industry and stress that the company is “all-in on music.”

“If you think about it, we’ve paid out to the music industry over the last several years over $1 billion,” Pickett said. “So there is money being generated in this ad-supported model. It is going to artists.”

The tension between Google and the music industry is nothing new, and in the last few years has cracked down on users who have uploaded copyrighted content to YouTube. But for the music industry, that’s not good enough. By only relying on advertising, the music industry doesn’t feel that YouTube is a “place to make money right now,” and then there is the ongoing copyright problem.

“When you know that stuff is illegal, you surely have got the responsibility to take that knowledge into account and do something with your search rankings, which gives the legal sites a chance to put themselves in front of consumers rather than the pirate sites,” Geoff Taylor, the chief executive of BPI and the BRIT Awards, said. “To have a really productive partnership, Google and YouTube need to do more on that.”

Taylor shot down YouTube while praising Spotify’s premium tier and Deezer and hoped that YouTube would bring in a “mixed model” to include a paid subscription service for music.

The panel can be viewed in its entirety on (naturally) YouTube.