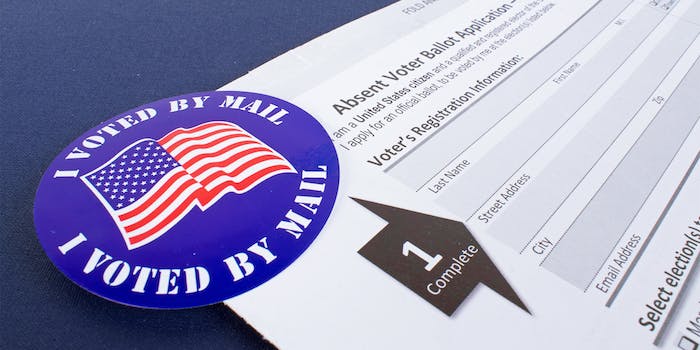 YouTube is ramping up efforts to fight mail-in voting misinformation

The labels will direct people to a bipartisan think tank.

YouTube will now add labels to videos about mail-in voting directing users to information about the voting method as it attempts to stop the spread of misinformation ahead of the upcoming election.

The company made the announcement on Thursday. The move comes as other social media platforms have grappled with how to limit disinformation about the election.

YouTube says videos about voting by mail will have an information panel under videos that direct people to the Bipartisan Policy Center, a bipartisan law think tank.

“Alongside the consistent enforcement of our policies, we’re continuing to raise up authoritative voices and reduce harmful misinformation. One of the ways we do this is through our information panels, which provide relevant context alongside content,” the company said in a blog post, adding: “We’re expanding this list of topics to include voting by mail. This means that under videos that discuss voting by mail, you’ll see an information panel directing you to authoritative information from the Bipartisan Policy Center, a bipartisan think tank.”

In the announcement, YouTube said it also prohibits videos that mislead voters on how to vote and demonetizes content that “could significantly undermine participation or trust in an electoral or democratic process.”

The platform also said it will have information panels provide facts and links to pages about voting and candidates. When searching “how to vote,” for example, a bar at the top of the search appears. It includes a link for the facts page.

The upcoming election is expected to have an increase of mail-in ballots. President Donald Trump has claimed, without evidence, that mail-in ballots will lead to a “rigged” election, which has caused other social media platforms to flag his posts.