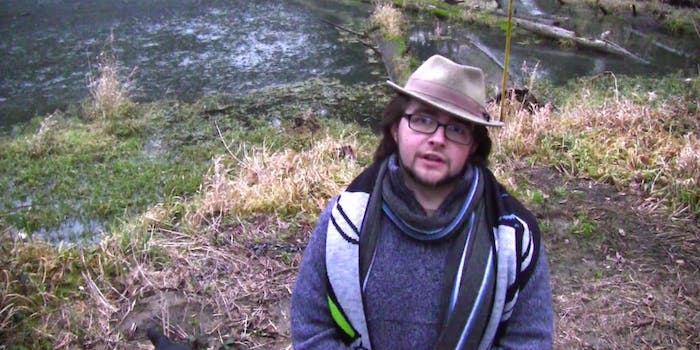 "Silent Night" is part of the public domain. Yet it got flagged almost straight away with a copyright claim.

So much for the holiday spirit.

YouTube’s new and controversial Content ID policy—an automated system that will flag videos with copyrighted material, such as background music—is not only coming down hard on the gaming community, it’s now automatically flagging music in the public domain.

Filmmaker Adam J. Manley stars in the latest episode of the Content ID saga. He uploaded a simple vlog on his channel Adam the Alien on Dec. 22. In it, he looks back on the past year and treats his viewers to a classic Christmas carol.

The “Silent Night” rendition doesn’t start until 2:42. There’s no music in the video, and it appears that Manley is performing the original version, which was composed in 1818 with the English lyrics published in 1859. With all copyrights having long since expired, it’s part of the public domain.

Yet it got flagged almost straight away with a copyright claim. Manley disputed it with the public domain defense and it cleared right away.

The next day, the video got flagged by YouTube’s Content ID system again for copyright infringement from no less than three major record labels: BMG, Warner/Chappell, and Universal Music Publishing Group.

According to the new policy, once a claim is filed, those companies now receive all of the ad revenue made from that video. Even, apparently, a song clearly under public domain.

As a content creator, he understands the need for to uphold a copyright and is appreciative of the swift action YouTube has taken when he’s had to file a copyright claim himself.

But when the fate of a content creator’s income is in the hands of an automated system, that’s where he now has issue, finding it “downright insulting.”

“As an independent content creator, it is absurd, ridiculous, and downright insulting that I can have my content de-monetized based on a completely fraudulent claim,” Manley wrote on his blog. “The fact that the claims are based on an automated system doesn’t make it any better. If anything, it makes me think the automated system should not be in place. Or at the very least, it needs a major overhaul, and a lot more human eyes involved before action is taken.”

He disputed all three claims, and so far only BMG has backed down. The other two companies have a full month to respond.