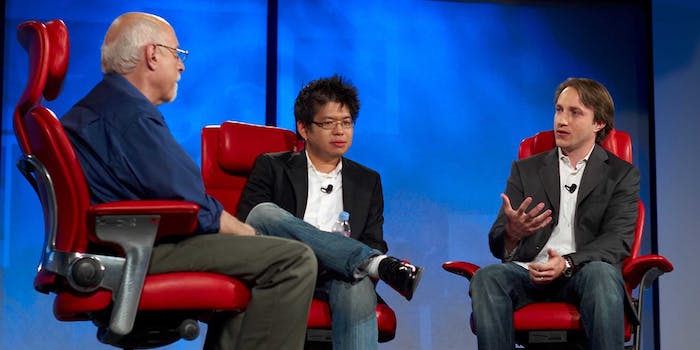 "I really want to focus on great stories that people can tell," cofounder Chad Hurley told the New York Times.

On Thursday, YouTube cofounder Chad Hurley and his partner Steve Chen debuted MixBit,  a video creation app made for smartphones and tablets and the first big product to come from their startup, Avos Systems. The announcement comes on the heels of Instagram introducing the ability to upload previously recorded video and simple editing tools to its smartphone app.

At first glance, MixBit is used similarly to Vine, Montaj, and Instagram. You hold the screen when you want to record video straight from the app. While Vine and Instagram allow you to record six seconds and up to 15 seconds, respectively, MixBit has the slight edge with time at 16-second clips.

Like Instagram’s newest feature, MixBit users can take advantage of simple editing tools from within the app (and for MixBit, its website), which lets you edit up to 256 clips together into an hour-long video. It also gives you the ability to use clips from any publicly shared video content in your video.

“The whole purpose of MixBit is to reuse the content within the system,” Hurley told the New York Times. “I really want to focus on great stories that people can tell.”

Unlike Instagram and Vine, MixBit instantly came with embedding capabilities.

One thing the app lacks is a sense of identity. You can share your videos on Facebook, Twitter, Google+, and the app’s website, but none of the videos will be associated with user profiles or avatars, and you cannot comment on videos on the app or the website. Unless the user is featured in the video, you won’t know who created it.

“Everyone wants to be recognized,” Hurley said, noting that “identity features” would be something added to the app at some point down the road.

The iOS app is available for free download with a version for Android devices set to come out in several weeks.