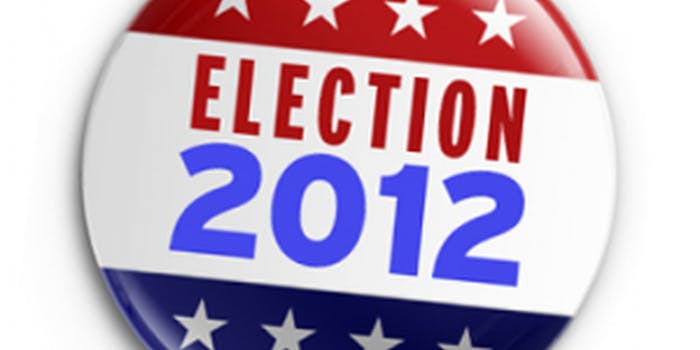 One YouTube video can change the tone of an election.

Instead it became one of the most-disliked videos on YouTube, incurring the wrath of the Internet—at full strength. In a matter of hours, it became a national sensation, inspired endless parody videos, and was cemented in Web history as a meme. Even after the immediate reaction died down, Perry stood by the ad.

Six weeks later he dropped out of the race.

“Rick Perry’s anti-gay ‘Strong’ ad completely backfired,” noted Julie Borowski, better known as YouTube’s Token Libertarian Girl, a 23-year-old political commentator who has nearly 400,000 views on the video-sharing site.  “All of the parody ads on YouTube proved that the campaign was a disaster.”

With millions of hours of video uploaded to YouTube daily and the viral nature of today’s social networks, YouTube has created a new political battlefield—one where the tides can turn on a single video clip and nothing is ever truly lost to history.

Just this week, American Bridge 21st Century brought to light a 2006 video of former Massachusetts Gov. Mitt Romney supporting the individual mandate—right as the current presidential candidate was speaking out against the Supreme Court’s decision to uphold the Affordable Care Act.

“[YouTube] can pretty much make or break their campaign,” said Amber Ettinger, who many know as the Obama Girl.

Ettinger witnessed how one video can make a difference when she came into the political scene in 2007, starring the viral video, “I’ve Got a Crush on Obama.” She felt it embodied “what was happening in 2008.”

Southern Avenger’s Jack Hunter works for presidential candidate Ron Paul and has witnessed the “revolutionary” power of YouTube in the political circuit.

“We’ve seen them [go] viral,” Hunter said, “and hopefully it stays that way in the United States with just really getting information out there in a way that’s it’s really unprecedented in this country’s history.”

In that sense, YouTube provides a unique opportunity for lesser-known candidates to receive national attention—however unconventional. During the Republican primaries, Jon Huntsman’s daughters made popular parody videos, Herman Cain released a series of bizarre ads, and Fred Karger had a racy promotional video temporarily pulled from YouTube after being flagged for inappropriate content.

“For years, Ron Paul supporters have been posting videos of Ron Paul interviews and his speeches with catchy music in the background,” Borowski noted. “YouTube is an important tool for Paul supporters since the mainstream media rarely covers him.”

The move towards YouTube has changed the very nature of political videos. Candidates are increasingly crafting that are suited for the medium: provocative, easy to share, and without the time constraints of TV ads in in mind. In March, President Obama released The Road We Traveled, a 17-minute documentary that pushes the message that while things are tough, it could be worse.

Yet, as the Perry flop proved, it’s not the production that matters. Even in 2012, Hunter noted, the message can carry just as much—if not more—weight as the medium.

Photo via League of Women Voters of California