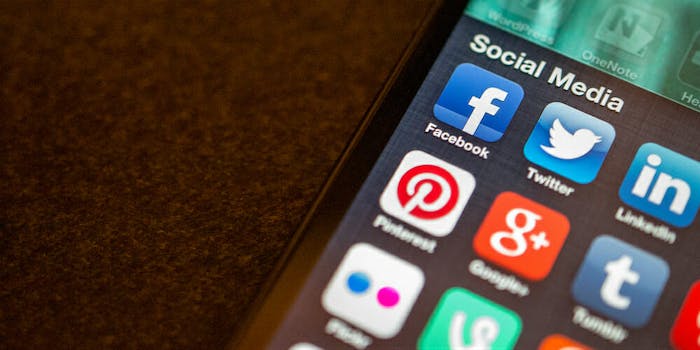 Young people are getting rid of the Facebook app in droves

It has nothing to do with politics.

The Facebook app is becoming obsolete for young people—but not because of their political views—according to new data from the Pew Research Center.

A survey shows that 47 percent of people between the ages of 18 and 29 have taken a break from checking the app for several weeks. More noticeably, 44 percent of younger Americans have deleted the app from their phones altogether. The new numbers were gathered after political data firm Cambridge Analytica‘s breached the privacy of millions of Facebook users.

In the wake of the scandal, Facebook informed users that they could review all of their personal data kept by the app. Though only one in 10 users looked at their data, 47 percent of that group deleted the app from their phones. Of the remainder of young Facebook users, over 60 percent have adjusted their privacy settings within the last 12 months, compared to 33 percent of users 65 and older.

As Facebook recovers from the privacy backlash, it is faced with more scrutiny suggesting that the media platform has an anti-conservative bias. Government officials, including President Donald Trump, have suggested that governmental regulation is necessary to combat such pro-liberal bias.

Though Facebook users in general may be more cautious with their data on the platform, young people aren’t leaving the platform at significantly higher rates over politics or privacy. Pew reports “that nearly identical shares of Democrats and Republicans (including political independents who lean toward either party) use Facebook.” These alleged biases had no apparent effect on users, no matter their affiliation or age.

Facebook was struggling with its younger audience even before Cambridge Analytica’s breach of privacy. A February report from eMarketer showed that teenagers are far more unlikely to use Facebook regularly than their older counterparts.

The downward trend of teens and 20-somethings might be due to an older audience takeover, as well. Some former users say they left because of their parents or other older family members, indicating that Facebook is becoming increasingly uncool.