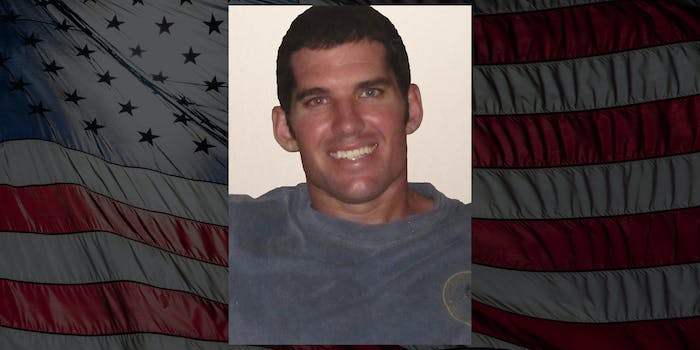 Trump, however, appears to have washed his hands of the situation.

A U.S. military mission against Al Qaeda in Yemen provided no significant intelligence, according to security officials speaking to NBC, despite costing the life of a U.S. Navy SEAL and numerous civilian casualties.

The raid was the first significant military action sanctioned by President Donald Trump, and saw U.S. special forces undertake a ground mission in the al-Bayda province of Yemen against Al-Qaeda in the Arabian Peninsula (AQAP)—the local branch of the international terrorist group.

The mission reportedly went wrong. As well as the death of Chief Petty Officer William Owens, 29 civilians lost their lives. At the time, the Bureau of Investigative Journalism reported that nine of the dead were children.

In a briefing in early February, White House Press Secretary Sean Spicer criticized the backlash against the raid.

“I think anyone who undermines the success of that raid owes an apology and a disservice to the life of Chief Owens…” he told journalists. “The raid, the action that was taken in Yemen was a huge success.”

Despite Spicer’s claims, senior officials are saying they are not aware of any “actionable” intelligence produced. As evidence of the intelligence gathered, the military produced a nine-year-old bomb-making video, which NBC reports has “no current value.”

“It does not matter when the video was made. That they had it is still illustrative of who they are and what their intentions are,” the Pentagon said at the time.

Bill Owen, the father of soldier who was killed, spoke to the Miami Herald to voice his anger that the “stupid mission” had been given the green light at all. Directly addressing Spicer’s remarks, Owen demanded a formal inquiry: “Don’t hide behind my son’s death to prevent an investigation. I want an investigation… The government owes my son an investigation.”

“Why at this time did there have to be this stupid mission when it wasn’t even barely a week into his administration? Why?” the grieving father continued. “For two years prior, there were no boots on the ground in Yemen—everything was missiles and drones—because there was not a target worth one American life. Now, all of a sudden we had to make this grand display?”

Following Owen’s Herald interview and in conflict with what senior security officials are now telling NBC, on Monday Spicer reiterated that valuable information was gained in the raid and that the Navy Seal had “died a hero.”

He also addressed Owen’s call for an investigation, saying that it was “standard operating procedure” for the Defense Department to assess an operation and that three reviews would examine the civilian death toll, the death of an American soldier, and the loss of equipment—after the destruction of the $72 million MV-22 helicopter used.

The President also responded to the father, expressing sympathies but distancing himself from any responsibility. “This was a mission that started before I got here,” Trump commented in a Fox & Friends interview that aired Tuesday.

Still, according to NBC’s sources, officials are not sure why the mission took place, telling reporters that they had not been informed of any AQAP threat that would substantiate the action. Other briefed officials explained that the mission was originally a capture or kill operation, although the Pentagon remains quiet on the who the targets were and why the mission was necessary.