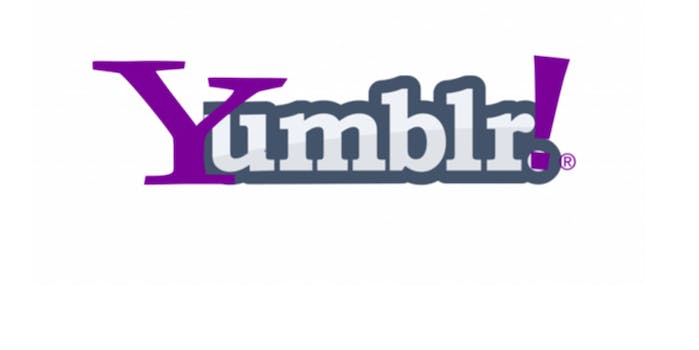 Alright, Yahoo/Tumblr shippers, break out the rice: The marriage is official.

Yahoo announced today—via its Tumblr, of course—that the jaw-dropping billion-dollar merger between the two companies had been closed. It’s been just over a month since the announcement, which came after a weekend of frantic speculation and a collective Tumblr-wide meltdown over the news.

The ensuing weeks have been mostly quiet, and today’s announcement harkened back to Yahoo’s original press release, in which they pledged to Tumblr denizens “not to screw it up”:

As promised, Tumblr will continue to operate as a separate business, led by David Karp as CEO.  Their product roadmap, their team, and tone will all remain the same as will their mission to empower creators and curators alike to do what they love best: create.

Things haven’t been entirely rosy in the land of Yahoo!Tumblr. Although “sponsored posts,” Tumblr’s solution to native advertising, have been roundly unpopular with users, Tumblr’s first big move post-buyout was to expand them from its mobile platform to its desktop platform.

We’d show you how Tumblr users are reacting to the staff anouncement about the ad expansion, but the recent staff blog redesign has, funnily enough, removed the ability to see what people are saying about any given Tumblr staff post.  This is right in line with Tumblr’s ongoing lack of transparency, which has led to an array of problems, from users with no idea how to do basic things on Tumblr to the much-acclaimed Storyboard staff having to ask for an official Tumblr announcement when they were laid off—and then having to write it themselves.

Additionally, two prominent longtime Tumblr staffers have departed in the wake of the buyout: creative director Jacob Bijani and media director Mark Coatney.  Considering the hefty payout Tumblr employees received, it’s a good time for employees to make personal changes, and so far there doesn’t seem to be a case of internal politics so much as a general shift in the weather. With Yahoo bringing over many of its news sites and other media sites like Yahoo Sports and Flickr, it appears to be just settling in rather than rocking the boat.

And while the infamous purple redesign that Tumblr users feared has yet to materialize, Yahoo did renovate its own blog with a royal ribbon.

Tumblr denizens reacted to the (second) official announcement with aplomb.

“I now expect that from today, any problems with tumblr will all be yahoo’s fault!” wrote Tumblr user kodzos.