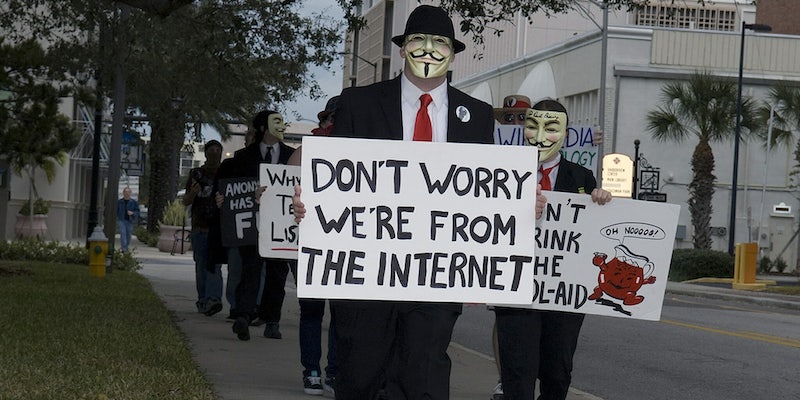 The findings suggest that minorities are getting more out of the Internet than white people.

African-Americans and Hispanics are significantly more comfortable with how social media is changing American politics than white people are, according to a new survey.

In a Yahoo News survey of 5,188 registered voters, 74 percent of blacks and 73 of Hispanics said that the Internet has “made political discussion more representative of what Americans really think,” compared to 69 percent of Asians and 60 percent of whites.

The results of the survey, conducted by Harris Poll and released on Thursday to coincide with an event in the early voting state of Iowa, suggest that movements like Black Lives Matter have had a significant impact on feelings of representation among racial minorities.

Slightly more than half of African-Americans (55 percent) believe that the Internet has increased minorities’ political influence. The number was slightly lower for Hispanics (51 percent), and it dipped further for whites (45 percent).

“While voters overwhelmingly feel that social media and the Internet spread misinformation,” Yahoo said in a statement, “the findings show that minority voters are especially likely to feel technology has made the American political debate more representative.”

There is also a racial divide on the question of trusting online news sources. Black and Hispanic Americans struggled for decades to win top spots in print and broadcast American newsrooms, and even today, news anchors and reporters present a disproportionately white face to their viewers. In the past decade, social-media sites and livestreaming services have opened up new channels for spreading information, and the effect has been most pronounced among minority groups.

Perhaps because of this trend, only 29 percent of African-Americans said that it was difficult to know which online news outlets to trust, compared to 45 percent of whites.

The report also identified racial disparities in perceptions of tone in online conversations. White Americans were significantly more likely than African-Americans to say that social media had increased negativity in politics (57 percent to 41 percent). The divergent responses are likely due in part to increasingly assertive civil-rights movements like Black Lives Matter, which has embraced an outspoken approach to issues of racial justice and police brutality.

On the cybersecurity front, African-Americans were significantly more likely to say that government agencies and corporations were “well prepared” for cyberattacks. Whereas 47 percent of black Americans thought the government was well prepared, only 20 percent of white Americans agreed. (The racial divide over corporate cybersecurity was 46 percent for blacks to 21 percent for whites.) And only 42 percent of African-Americans expressed concern about former Secretary of State Hillary Clinton‘s use of a private email server, compared to 67 percent of whites.

Yahoo will present its survey results at the Digital Democracy conference at Drake University in Des Moines, Iowa, on Thursday.