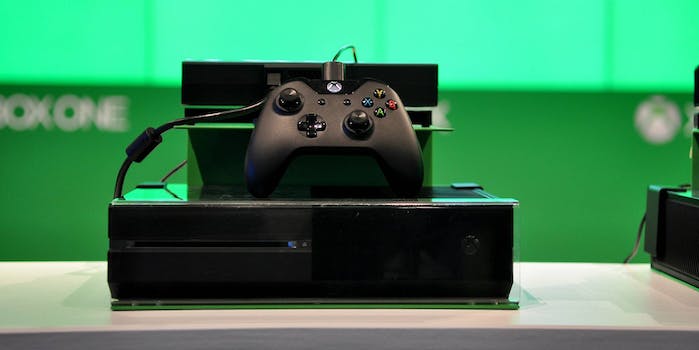 There will be no DVR feature coming to the Xbox One this year, despite Microsoft promising it in 2015

DVRs give you the ability to watch television shows later when they don’t fit in your schedule, but Microsoft appears to have decided to do the same thing with the very concept of creating one, as the company is delaying its planned TV DVR for the Xbox One.

“After careful consideration, we’ve decided to put development of DVR for Over-the-Air TV on hold to focus our attention on launching new, higher fan-requested gaming experiences across Xbox One and Windows 10,” a spokesperson for Microsoft told the Daily Dot.

“We’re always listening to fan feedback and we look forward to bringing more requested experiences on Xbox One, Windows 10 and Xbox Live this year.”

The spokesperson did not provide comment when asked for additional details regarding the TV DVR’s development, including if there was a new target release date for the feature.

The news of the DVR’s delay comes nearly a year after Microsoft announced the feature at Gamescom 2015. At the event the company showed off a demonstration of the feature, which allowed users to record free-to-air TV. The feature would integrate with mobile devices so users could record shows from anywhere and watch the content, streamed or downloaded, on the go on their smartphone or tablet.

At the time, Microsoft said it was targeting 2016 as a release date for the DVR feature. Now halfway into the year, the company has nixed the idea indefinitely.

A recent price drop to the Xbox One may have made the console more appealing to consumers who were willing to adopt it as an entertainment center as much as a gaming platform. The announcement of the DVR delay may put a damper on that.

Microsoft is still expected to unveil a Chromecast-like streaming device that will give users the ability to play on any TV in their home, not just the display their console is hooked up to. That device is rumored to be a part of the company’s line up at the upcoming E3.