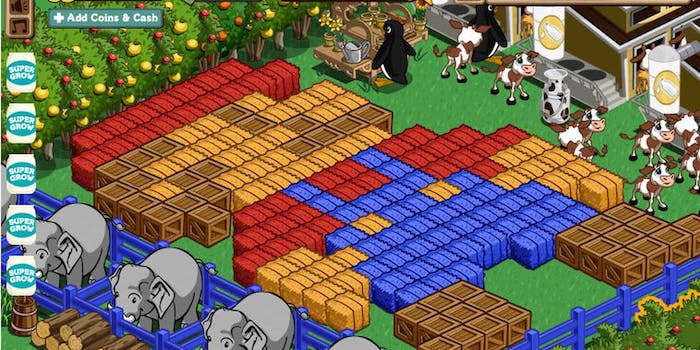 These are the apps just won't stop pestering you, and what you can do about it.

Facebook doesn’t really need goofy apps and games—it is, after all, primarily a place to interact with each other rather than a random piece of software—but that hasn’t stopped millions of people from devoting countless hours to organizing candy, tending to virtual farms, and studying their own astrological readings.

Which brings us to the problem: In order for these apps to continue to grow their audiences, they need to lure you in. Unfortunately, some are far less subtle about this than others, and their blunt tactics often lead to frustrating spam that annoys instead of entices. These are the most egregious offenders that it’s time to immediately block invites from and news about from your Facebook experience (unless, of course, you already play them… in which case, please stop inviting us to).

Mafia Wars has been a beloved Facebook app for years now, and it never seems to die off for very long before clawing its way back to relevancy. The “game” isn’t really much of a game at all, but more like a series of neverending menus. You can buy some guns, smuggle some liquor, raid a bank, but none of it really matters because it’s all carried out without you ever seeing it. And it spams. Oh boy does it spam.

“Ben needs help finding a rocket launcher!” No, he doesn’t. Ben needs to stop playing this game before I go over to Ben’s house and tie him to table and slowly drip maple syrup in his eyes until he promises to never do it again. Actually, maybe I’m a good fit for the mafia after all…

Daily Horoscope is mostly annoying because of your friends. The app presents the opportunity to spam happy birthday messages, horoscope notifications, and “fortunes” with everyone on your list, but it’s your friends that have to do the clicking. The real problem here is that it turns spamming messages into a game, where users are pushed to share with each and every person they can. It’s like someone made an app specifically to help ruin Facebook friendships.

This app is one of the worst because it pretends to be something it’s not. The ads that spam your Facebook feed for Dragon City make it appear to be a perfect clone of Pokemon, complete with a battle screen that mimics Nintendo’s classic Game Boy titles of yesteryear.

The actual game looks absolutely nothing like this, and while it might be one of the top 20 most popular apps at the moment, it’s accomplished that feat with a good bit of false advertising.

Anything with “Ville” in the title 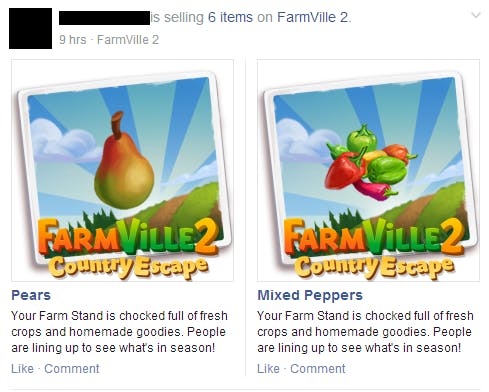 These days, FarmVille, CityVille, and the rest of the Villes have cut back a bit on the useless notifications that they push to non-players, but it’s still far from perfect. If anyone on your friends list is addicted to one of these games, there’s a good chance you’re very familiar with the “Block App Notifications” feature, and for good reason. These apps are eVille. Get it? Yeah, you get it.

Anything with “Saga” in the title

Not content to let Zynga draw all the ire, King—the publisher of Candy Crush Saga—followed closely in its footsteps. Actually, it followed so closely that King actually tripped Zynga up a bit, and swept up a whole bunch of its devoted fans along the way, which is why Zynga is now struggling to keep its head above water. 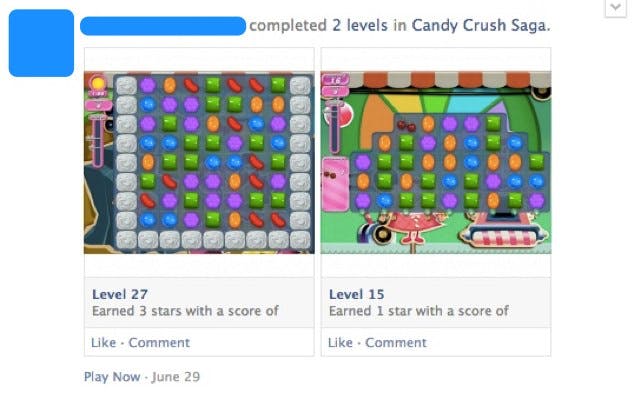 Business practices aside, King’s Candy Crush Saga, Farm Heroes Saga, Pet Rescue Saga, and Bubble Witch Saga employ a classic strategy to gain new players: They fill your News Feed with notifications telling you how much fun your friends are having playing the game. In short, you’ll want to get your “block” finger ready.

But there is hope!

If any of your Facebook friends are fond of these obnoxious, spammy apps, go ahead and click the “Settings” button on your Facebook Web client. Click on the “Blocking” tab on the left hand side of the screen, and enter the names of all the apps you never want to see again under the heading “Block app invites.” You’ll never hear from them again.

If you’re one of the people who find yourself falling in love with one or more of these apps, realize that you may become a nuisance to your most beloved digital brethren. Not everyone on your friends list will realize they can block things like pesky app invites, and may sacrifice you from their social network life simply because you’re more trouble than you’re worth.