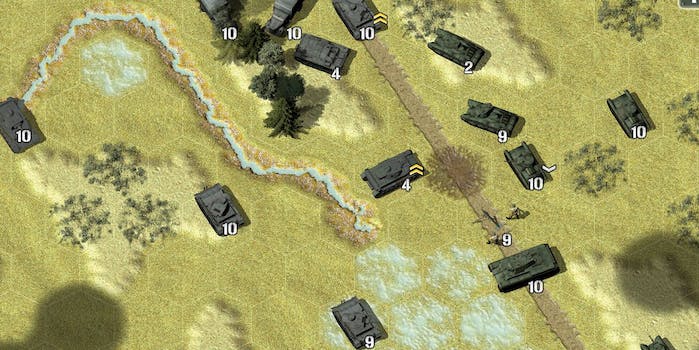 Tank Battle: East Front 1942, an iOS game that brings players to deadly German versus Russian tank battles, certainly thought it was an incredible year. The hundreds of World War II–themed video games that came before it seem to show that many people agree.

Apple, on the other hand, does not. They just rejected Tank Battle from the app store because it depicts Germans and Russians as enemies, Pocketattic reports. Here’s the rejection letter Apple sent Hunted Cow, the game’s developer.

Well, the real entities were very much real enemies, so it makes sense to depict them that way, don’t you think? But that’s probably the least perplexing thing about this.

Hunted Cow has published plenty of World War II–themed games before and so have other developers, all of which sit happily in the app store.

Real entities are enemies in each of those games, as they were in real life.

But, as Pocketattic points out, this isn’t the first time this sort of thing has happened. Apple rejected a game called Pacific Fleet for including a Japanese naval flag in 2012 and a Syrian Civil for including Syrians.