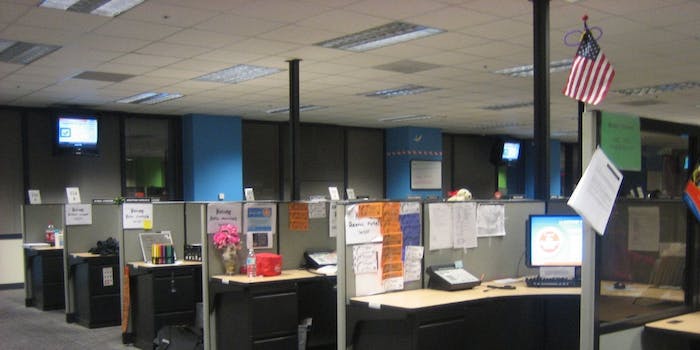 People have found out the hard way time and time again that complaining about bad bosses or less-than-ideal work conditions isn’t a wise thing to do on Facebook. Calling your job a joke or complaining about bad tips can wind up giving employers reason to fire. Even posting a racy photo or replying to a negative comment can result in job loss. Sometimes, this is acceptable, even warranted, like when racist posts raise red flags.

In other cases, though, people simply want a place to vent. Major social networks like Facebook, Twitter, and Instagram are bad digital venues for unleashing frustration because they are so popular; many users are online friends with their colleagues and bosses. Gossiping about your boss on Facebook is almost an invitation for them to fire you. That’s where Mi925 can come in handy.

The work-oriented social network is meant to give people a space to talk about work-related issues, but it also offers an anonymous option, giving users a digital space to gripe.

Mi925 wants to be a sort of Facebook/LinkedIn hybrid where work is discussed in a more casual environment, but it’s unlikely to catch on for a few reasons: People already have plenty of forums to discuss work, and LinkedIn (as boring as it is) is established as the social networking option for actual professional networking. But the anonymous sharing option is what makes the service interesting, since it offers a way for coworkers to vent. Anonymity apps like Whisper and Secret are on the rise, and Secret in particular has been used by people in the tech industry as a gossip app.

While Secret is urging users not to smack-talk each other and Whisper is broadening its horizons, Mi925 is an easier way for people to complain about their jobs and swap office scandals, walled off by the small social network’s obscurity and innocuous design. Don’t get me wrong: It’s definitely a bad idea to join a social network so you’ll have an outlet to complain about your job. But if you’re going to do it, Mi925’s under-the-radar status and streamlined option for establishing a digital office burn book are at least smarter than starting a Facebook group about it.