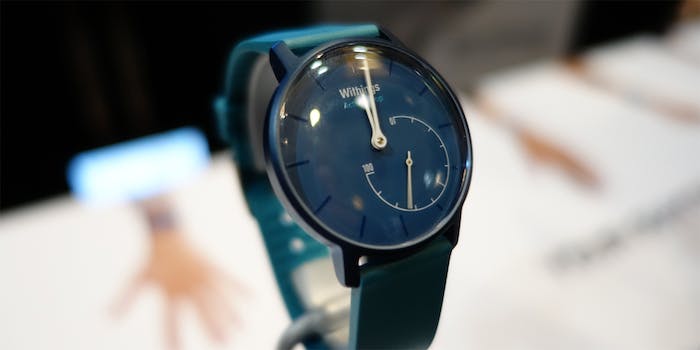 Withings Activité Pop puts the watch back in smartwatch

Smartwatches don’t have to look awful.

After trimming down our waistlines with its smart scale, Withings is making a move for the wrist. The company showed off its new smartwatch, the Withings Activité Pop, at CES, and it’s one of the more compelling takes on connected timepieces we’ve seen. That’s mostly thanks to the fact that Withings decided to stick with a thoughtful design inspired by traditional timepieces, with two hands, fun colors, and epic battery life to boot. 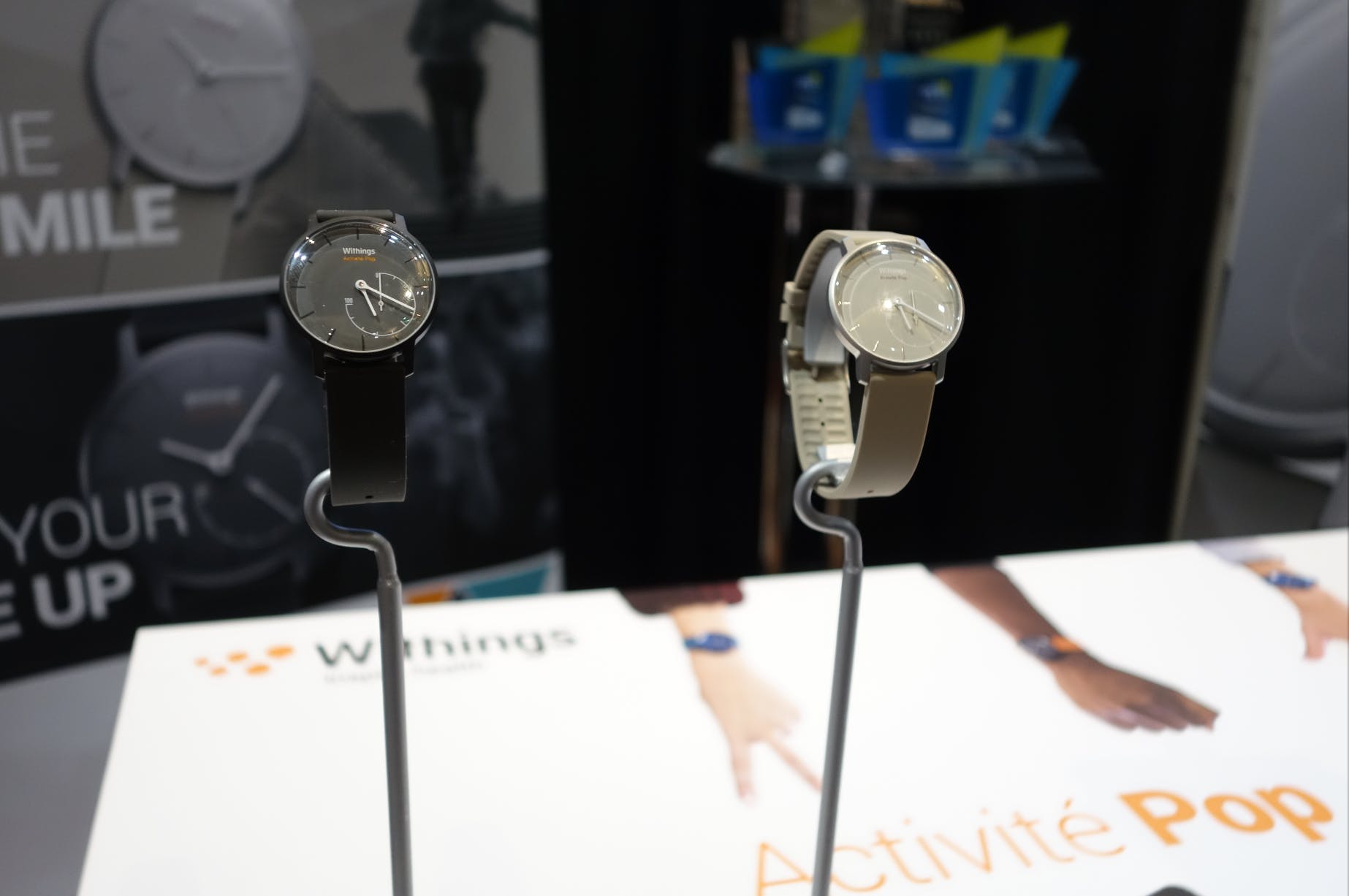 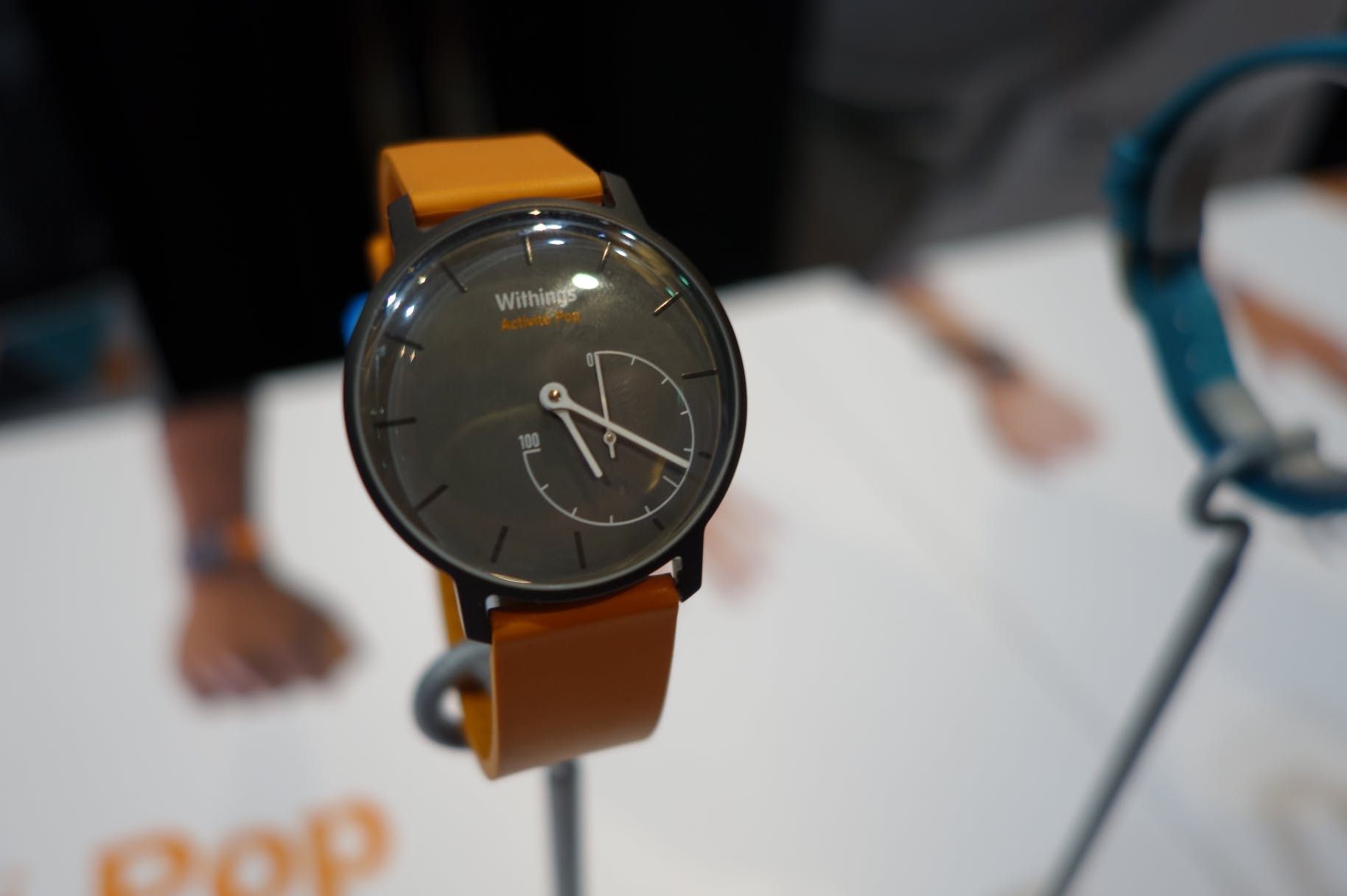 In order to preserve its traditional look and feel, the Withings watch opts to rely on a companion app rather than a digital display like you’d see on the Moto 360 or the Pebble. Equipped with sensors capable of quantifying steps, sleep quality, and swim strokes (it’s waterproof), the Activité Pop’s simplicity only runs skin deep. The watch communicates directly with a companion app—iOS only at launch, with Android to follow—transmitting data from its various sensors rather than displaying them directly on the watch face.

The Activité Pop is designed to track progress on wellness goals easily, with a dedicated dial that shows progress on activity goals that are set via the app and the device vibrates when its wearer achieves the goal. The Activité Pop will have a limited launch on January 5, 2015 on Best Buy’s website, with a broad release this March.

For what you sacrifice in an on-device display, you get back in battery life: the Withings watch can last for up to eight months on a standard watch battery without a charge. That fact combined with its $150 price tag makes the Withings Activité Pop worth considering, especially if you want a smartwatch that actually tells the time.