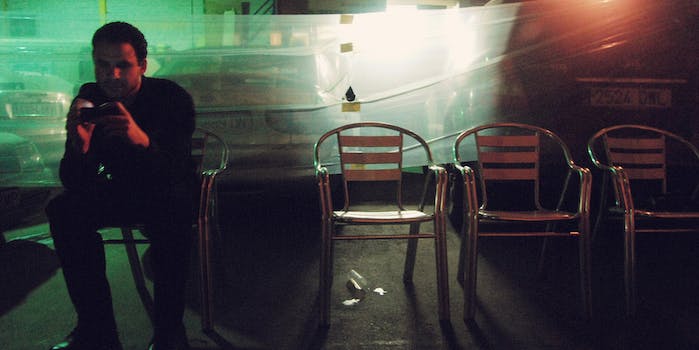 Go "friends only" all the way.

Are you single? Do you find yourself going to parties and spending all your time talking to people who are not single? Does this make you want to “disrupt” the dating sphere? Well, have we got the app for you!

Winkli (Winkli? Yes, ‘Winkli.’) will show any and all information that anyone who is ‘attending’ the same Facebook event as you has designated as ‘public’ on their Timeline, from photos to shared interests to the friends you have in common. The big one, however, is relationship status.

Winkli promises to up your chances for a random hookup by telling you which fellow Facebook event attendees are single. The app, which is set to launch its public beta release in July, lets you filter by gender, sexual orientation, and other criteria, so you can fine-tune your stalking.

“Many, many applications look at people by geographic location, but it’s pretty impossible to bump into someone in real life,” Alexis Dupont, CEO and co-founder of Winkli, told BuzzFeed. “Using Facebook events, it’s almost certain that you could bump into someone there.

“This is the best chance you might have in anticipating who you might meet and you can connect with people in advance.”

This app doesn’t just disrupt the dating sphere, though; it disrupts the entire social sphere. After all, the only point of going to ‘events’ is to find people to have sex with, amirite?

You could maybe talk to them—or anyone at all—because they have similar enough interests to be at the same event as you, or maybe you just overheard a snippet of their conversation and you’d like to listen and contribute. And, moreover, it sounds like maybe you’re using sex as a means of validation, and what you really need is friendship and empathetic human contact, but who has the time? Not you. You need Winkli.