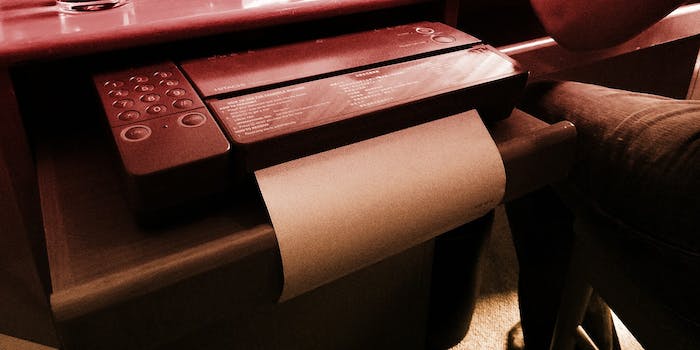 Can understanding why this happened help stop the next tragedy?

A letter believed to have come from the man police say killed two Virginia reporters appears to reveal that he drew inspiration from previous mass shootings in America.

Allison Parker, 24, and Adam Ward, 27, were gunned down at Smith Mountain Lake in Virginia Wednesday morning, while broadcasting a live news report for WDBJ7, a local CBS News affiliate. The suspected gunman has been identified by authorities as Vester Lee Flanagan II, who also went by the pseudonym Bryce Williams.

Vicki Gardner, executive director of the Smith Mountain Lake Regional Camber of Commerce who was being interviewed by Parker at the time of the attack, suffered a gunshot wound to her back. She is currently recovering following surgery.

A man who identified himself as Williams contacted ABC News over the last few weeks, the company said, asking to pitch a story. According to ABC News, a fax allegedly sent by Flanagan was received on Wednesday morning at 8:26am, approximately two hours after the shooting.

“I’ve been a human powder keg for a while…just waiting to go BOOM!!!!”

The 23-page fax received by ABC News is part suicide note, part manifesto. Flanagan, who police say was 41-years-old and a former employee of WDBJ7, wrote that his decision to kill stemmed from events of the Charleston, South Carlina church shooting.

“Why did I do it? I put down a deposit for a gun on 6/19/15. The Church shooting in Charleston happened on 6/17/15…” the letter says. “What sent me over the top was the church shooting. And my hollow point bullets have the victims’ initials on them.”

According to ABC News, the author wrote that “Jehovah” spoke to him and told him to act.

The letter, which was edited for profanity, continues: “As for Dylann Roof? You (deleted)! You want a race war (deleted)? BRING IT THEN YOU WHITE …(deleted)!!!”

The letter also reads: “The church shooting was the tipping point…but my anger has been building steadily…I’ve been a human powder keg for a while…just waiting to go BOOM!!!!”

“What sent me over the top was the church shooting.”

In another section of the document, which Flanagan called a “Suicide Note for Friends and Family,” ABC News reported, he says he was the victim of racial discrimination, sexual harassment, workplace bullying. He also said he was attacked for being gay and a black man.

The account made accusations of racist comments at the workplace and claimed a report had been filed with the U.S. Equal Employment Opportunity Commission. WDBJ General Manager Jeffery Marks confirmed to the New York Times that a report of discrimination had been filed. “We think they were fabricated,” he said.

Hours after the shooting a YouTube video was surfaced attributed to Bryce Williams. The video, titled “Resume Final,” appears to include various clips of Williams/Flanagan reporting for WDBJ7.