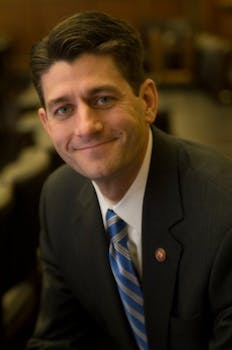 Is Wikipedia the key to unlocking Romney’s VP nomination?

If so, it looks like Wisconsin's Paul Ryan is in the hot seat.

While media types and politicos frantically try to guess who Mitt Romney will pick to be his running mate, some are looking to the Internet for clues, and this week Micah Sifry of TechPresident.com had some ideas of his own.

A few weeks back, the Daily Dot reported that clues online were pointing toward former Minnesota Gov. Tim Pawlenty. The hints included the fact that the once-active Facebook and Twitter user had been quiet in recent weeks and his website, www.timpawlenty.com, had a simple message: “Please come back later.”

But Sifry, editorial director of Personal Democracy Media, said the number of edits on a veep contender’s Wikipedia page is another indication of who may get the No. 2 spot. If you follow that logic, Wisconsin Republican Paul Ryan will be the name that pops up on Romney’s VP app.

The theory makes sense, especially when looking at it through the lens of the last presidential election. According to Sifry, Sarah Palin’s wiki page was edited 68 times the day before John McCain revealed his choice to the world. And in the five days before that, the page had been changed 54 times. It was the same story for Joe Biden, whose page saw more than 150 changes in the few days before his announcement. It was also noted that some of the same editors working on Biden’s page were working on then-Sen. Barack Obama’s wiki.

As of this week, Ryan’s page had seen 10 edits between July 30 and Aug. 6. Behind him was Marco Rubio with nine changes and Bobby Jindal with eight. Looking at recent edits, you can see that all of the candidates’ pages have had edits made in the last few weeks, but Ryan and Rubio had the most recent changes—made on Aug. 7.