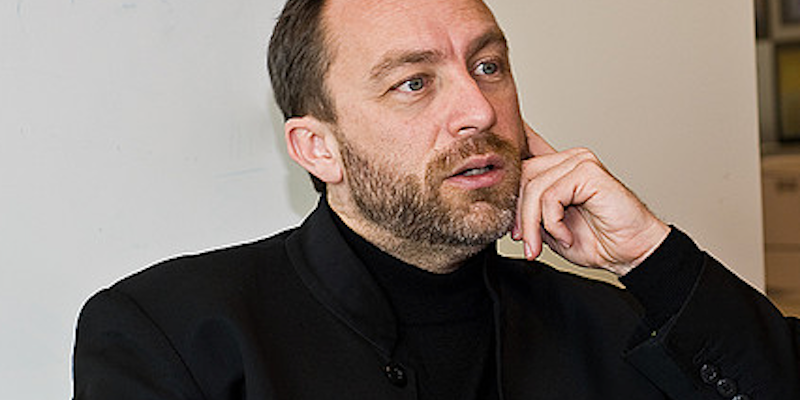 Wikipedia's editing community is drafting a proposal for a click-through blackout on Jan. 18.

Will Wikipedia be next the prominent site to join the protest against the Stop Online Piracy Act? Cofounder Jimmy Wales hopes so.

Two days after Reddit announced that it would host a 12-hour blackout on Jan. 18, Wales asked the Wikipedia editing community to weigh in on a “possible database lock” in response to SOPA.

“I’m all in favor of it, and I think it would be great if we could act quickly to coordinate with Reddit,” Wales wrote on his talk page.

The decision, however, isn’t up to Wales. He said that Wikimedia, the nonprofit that owns and operates Wikipedia, would support whatever actions the community chooses to take.

It wouldn’t be the first time Wikipedia has used a lockout as political protest. In October, Italian Wikipedia was rendered unusable in response to a bill in the Parliament of Italy. Editors believed the bill, which would allow users to take extreme methods to protect their names online, would compromise the site’s neutrality.

On the page Wikipedia talk: SOPA initiative, users suggested every type of response, from a small banner warning about SOPA’s repercussions on each page to a more extreme month-long blackout of the site.

Most recently, users have been drafting a proposal for a compromise: a click-through blackout, similar to Tumblr’s censorship two months ago. Here’s the proposal, as of its most recent edit at 13:37 GMT on Jan. 13.

Nothing concrete has been decided, but Wales urged users to come to a consensus quickly.

“[We] don’t have the luxury of time that we usually have, in terms of negotiating with each other for weeks about what’s exactly the best possible thing to do,” he wrote on his talk page.