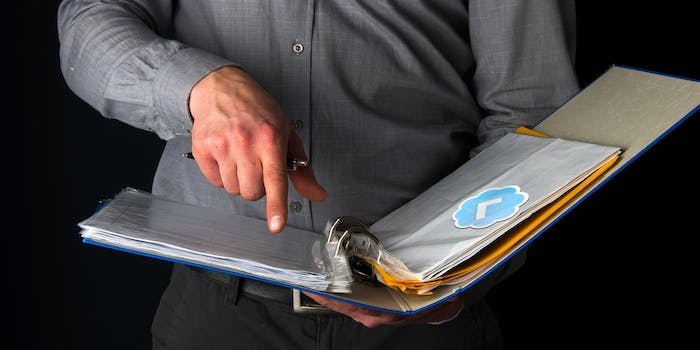 A verified WikiLeaks account on Friday said the organization is currently pondering the creation of a database containing the financial and familial information, among other details, about verified Twitter users.

“We are thinking of making an online database with all ‘verified’ twitter accounts & their family/job/financial/housing relationships,” wrote @WLTaskForce, a verified account whose stated purpose is to correct misinformation about WikiLeaks and amplify its publications.

The account often responds to individuals falsely claiming that Julian Assange is facing rape charges in Sweden. Assange, who has denied the allegation, has been twice questioned by Swedish authorities but never charged.

In a subsequent tweet, the WikiLeaks account, founded in October 2016, asked for suggestions regarding “variables” it could use in its “AI software” to determine business, political, and familial relationships.

WikiLeaks dismissed claims its potential project would be received as harassment, telling a senior privacy reporter at Vocativ that it was instead attempting to “develop a metric to understand influence networks based on proximity graphs.” (A proximity graph typically refers to spatial distance.)

“Posting another person’s private and confidential information is a violation of the Twitter Rules.”

Twitter’s policies prohibit posting certain types of personal information, though it is unclear from its tweets what specific pieces of information WikiLeaks is interested in disclosing. (George Zimmerman was suspended in 2015 after posting the address and phone number of an ex-girlfriend.)

WIKILEAKS: "We need to transparency to avoid 1984! And to achieve that goal, we are making a database of everyone's intimate details."

Moreover, it is possible the database as described by WikiLeaks might constitute a violation of Twitter’s anti-surveillance policy, which dictates that users will not knowingly, “display, distribute, or otherwise make available Content to any entity to investigate, track, or surveil Twitter’s users or their Content…”

Last summer, Twitter instituted a new process for users seeking verification, a feature that adds a blue check-mark icon next to the user’s name, and enables them to limit notifications to those originating from other verified accounts.

Whereas Twitter previously verified key organizations and individuals it identified itself, today accounts can receive the blue badge upon an approved application, if they are deemed worthy of public interest.

WikiLeaks did not respond to multiple requests for comment.