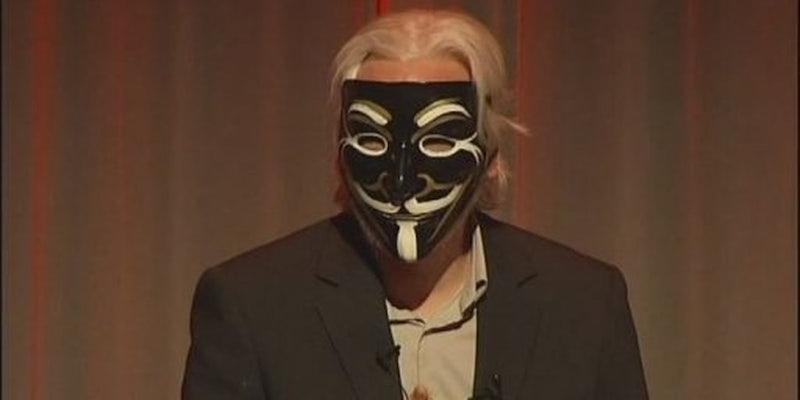 “ALERT: Julian Assange has requested political asylum and is under the protection of the Ecuadorian embassy in London http://justice4assange.com/donate.html”

And with backup in the form of 1,111 retweets from its 1.5 million followers, the @WikiLeaks account fired a surprise salvo in the ongoing battle for possession of controversial WikiLeaks founder Julian Assange.

On Day 560 of his house arrest in the U.K. and facing extradition to Sweden, Assange officially went rogue. He walked into the Ecuadorian Embassy in London this afternoon and requesting sanctuary.

The new government of Ecuador, a country which has no extradition treaty with the U.S. more recent than 1941, had offered to shelter him as far back as Nov. 2010. At that time the Ecuadorian Deputy Foreign Minister Kintto Lucas told the BBC:

“We are open to giving him residency in Ecuador, without any problem and without any conditions. We are going to try and invite him to Ecuador to freely present, not only via the internet, but also through different public forums, the information and documentation that he has. We think it would be important not only to converse with him but also to listen to him.”

After Assange’s entry this afternoon (London time), the Embassy released a statement in English:

“As a signatory to the United Nations Universal Declaration for Human Rights, with an obligation to review all applications for asylum, we have immediately passed his application on to the relevant department in Quito.

“While the department assesses Mr Assange’s application, Mr Assange will remain at the embassy, under the protection of the Ecuadorian Government.

“The decision to consider Mr Assange’s application for protective asylum should in no way be interpreted as the Government of Ecuador interfering in the judicial processes of either the United Kingdom or Sweden.”

The Foreign Ministry of Ecuador has also released a statement, Twitpic’d by New York Times journalist Ravi Somaiya. The statement clarifies that the grounds on which Assange seeks extradition include legal abandonment by the government of Australia (his home country) and the potential to be extradited to a country [the United States] that applies the death penalty for espionage and treason.

Assange, who has not been seen in public since his May 24 masked appearance at the premiere of documentary Shadows of Liberty, has almost certainly pre-cleared this move with Ecuadorian President Rafael Correa, who was a guest on his television show, The World Tomorrow, May 22. When Assange interviewed Moncef Marzouki, the new President of Tunisia, Marzouki offered him asylum on the air, doubtless to the consternation of Swedish and American officials.