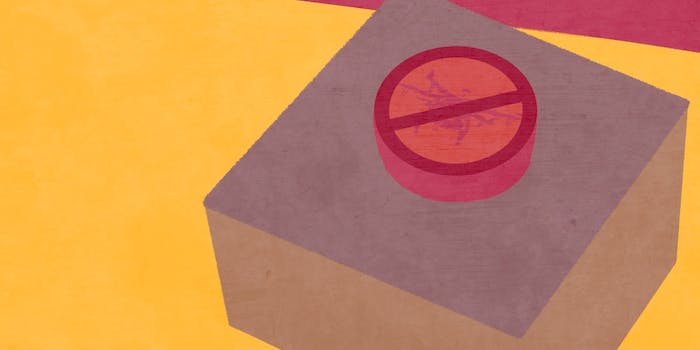 Eventually, drones are going to be everywhere, including places that you may not want them. That doesn’t sit well with everyone, and some are taking matters into their own hands with tools like this powerful—and probably illegal—drone disabling tool that just about anyone can build.

The guide for the device comes from Brent Chapman, an active duty Army Cyber Warfare officer and part of the Defense Innovation Unit Experimental (DIUx) in Silicon Valley, who created an antenna-in-a-can that can successfully attack drones via their Wi-Fi connectivity.

The system doesn’t require a ton of equipment—it’s primarily built off of the popular and cheap microcomputer Raspberry Pi, and requires the builder to flex their coding skills more than their crafting ones. The rest of the material is equally easy to come by; all it takes is an N connector and a can that can easily be drilled through. 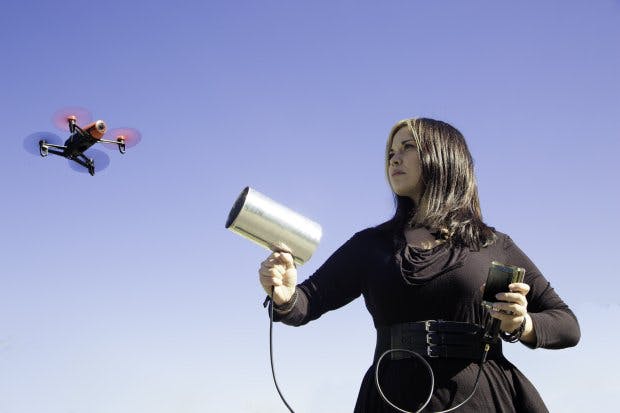 The most challenging part of Chapman’s project involves programming the Raspberry Pi, which requires a set of Bash scripts. The coding will set up the tiny computer to automatically execute an attack on any incoming unmanned drones, though similar attacks could be performed manually using a laptop and USB Wi-Fi card.

The programming enables the Raspberry Pi to tap into a drone’s Wi-Fi connectivity and take command of it. In the case of the drone the tests were conducted on, the Parrot AR.Drone 2.0, a person using the “cantenna” could hijack the drone with a smartphone app and control it or disable it entirely.

By building the system into a can, the signal it produces is extended and can reach drones that would otherwise be out of range. A handle can even be added to the final product as a means of adding directional control and more precise aiming.

It’s incredibly important to note, as Chapman draws attention to multiple times over the course of his guide, that using the “cantenna” on someone else’s drone is almost certainly illegal. He notes that the project should only be conducted with networks and devices that you own or have permission to experiment on.

Chapman noted that the vulnerability of drones presents considerable concerns as to what can be done to the devices. One could modify or delete system files, intercept video and sensor feeds, or reroute the drone’s destination.

An extreme case was presented by hacker and maker Samy Kamkar, who laid the groundwork for a plan to use a drone that could autonomously discover other drones in Wi-Fi range, disconnect the real user, and create a new connection controlled by the attacker.

Chapman’s walkthrough for makers isn’t the only instance of anti-drone technology; as the unmanned aircraft gain in popularity, so too have the methods of combatting them.

Depending on your preference and budget, you can equip yourself with everything from a plug-in that shuts down unrecognized devices within range of your Wi-Fi networks, a radio signal-firing gun, anti-drone bullets for actual guns, or a net-firing bazooka that can take drones out of the air. Dutch police are even training anti-drone eagles, which presents hope for those less skilled in technology but well-equipped for falconry.