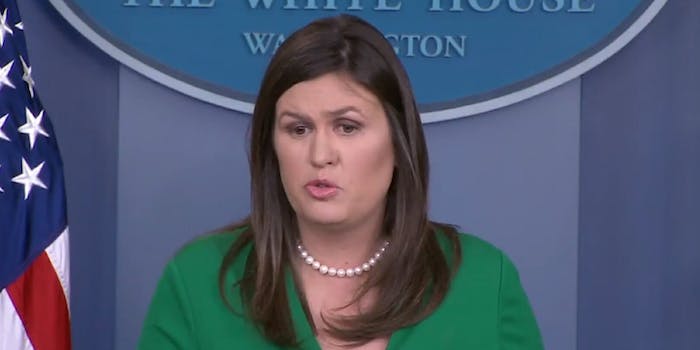 The White House announced on Wednesday it has revoked the security clearance of former CIA Director John Brennan and is continuing to explore doing the same thing to other critics of the president.

“As the head of the executive branch and commander-in-chief, I have unique constitutional responsibility to protect the nation’s classified information, including by controlling access to it,” Sanders said, reading the president’s statement. “Today, in fulfilling that responsibility, I’ve decided to revoke the security clearance of John Brennan, former director of the Central Intelligence Agency.”

“At this point in my administration, any benefits that senior officials might glean from consultations with Mr. Brennan are now outweighed by the risks posed by his erratic conduct and behavior,” Trump’s statement read. “Second, that conduct and behavior has tested and far exceeded the limits of any professional courtesy that may have been due to him.”

Most of the officials listed by Sanders have been critical of Trump, or are a frequent target of the president.

When asked if Trump was “going after political opponents” by revoking–or exploring revoking–security clearances of people who have criticized the president, Sanders said that wasn’t the case.

“No, if there were others that we deemed necessary we would certainly take a look and review those as well,” she said, later adding: “The president has a constitutional responsibility to protect classified information and who has access to it. That’s what he’s doing as far as fulfilling that responsibility int his action. This is specific to Mr. Brennan, and the others are currently under review.”