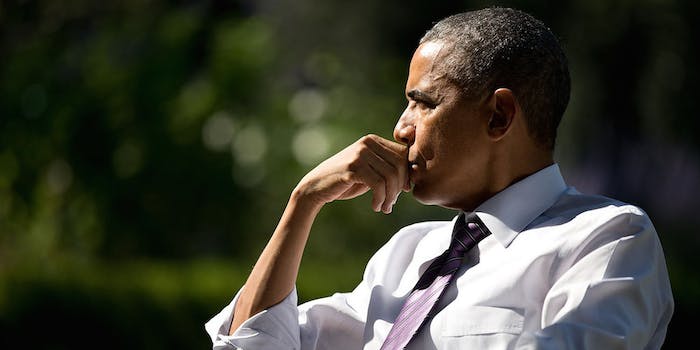 Could a harmless photo be a security breach?

Pro Era posted the photo 16-year-old Malia, a known music fan, on their Instagram account on New Year’s Day. A representative for Joey Bada$$, the group’s co-founder, told Gawker that Pro Era got the photo from “a mutual friend of Malia and the Pro Era member.”

Malia Obama rocking that classic Pro Era tee! | Make sure you get your official Pro Era gear from theproera.com!

The White House, Fox News says, is “probing” how the photo appeared online. First Lady Michelle Obama is known to be highly protective of her daughters’ privacy, restricting how they interact with the outside world out of concern for their safety.

A Secret Service spokesperson declined our request for comment, and referred the Daily Dot to White House staff. We reached out to the White House for comment and will update with any response we receive.

The selfie remains unverified, but Jessica Roy at New York magazine makes a compelling case for its authenticity.