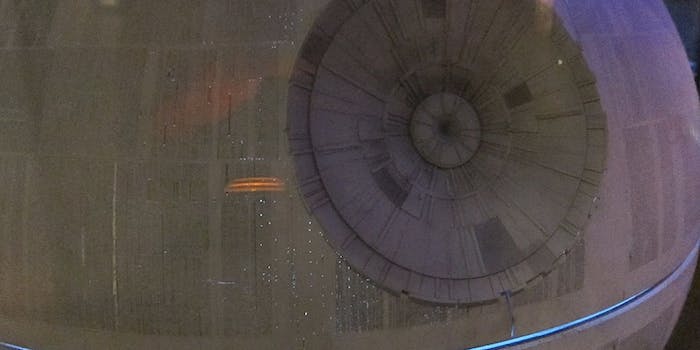 Budgetary concerns and the desire not to destroy other planets is why the White House shot down plans to construct a Death Star, after more than 34,000 people, mostly from 4chan, signed a petition to build one.

Budgetary concerns and the desire not to destroy other planets is why the White House shot down plans to construct a Death Star, after more than 34,000 people, mostly from 4chan, signed a petition to build one.

No, really: budgetary concerns and the desire not to destroy other planets.

Those were some of the reasons the White House cited in its response on Friday afternoon, written by Paul Shawcross, chief of the Science and Space Branch at the White House Office of Management and Budget.

You may remember a few weeks ago when a little petition on the White House’s We the People site was gaining popularity on 4chan. Within days, it had already reached the 25,000-signature threshold that warrants the White House to respond, which they did in a post titled “This Isn’t the Petition Response You’re Looking For.”

But once you start reading the response, you’ll realize it was exactly the answer we were looking for:

The Administration shares your desire for job creation and a strong national defense, but a Death Star isn’t on the horizon. Here are a few reasons:

• The Administration does not support blowing up planets.

• Why would we spend countless taxpayer dollars on a Death Star with a fundamental flaw that can be exploited by a one-man starship?

That type of research deserves a round of applause. But interestingly, the post goes on to say that even if we don’t have a star that can destroy planets or house Darth Vader, we have something similar: the International Space Station. Shawcross goes on to discuss the work being done in space right now by the United States and its partners that, in his mind, outweighs having a massive Death Star. And he concludes by asking people to consider a career in math, science, engineering, or a technology-related field.

If you do, “the Force will be with us! Remember, the Death Star’s power to destroy a planet, or even a whole star system, is insignificant next to the power of the Force,” he wrote.